They’ll never accuse Beyoncé of failing to put her best face forward! The “If I Were a Boy” hit-maker — a hair extension aficionado — reportedly had a special delivery day wig created to wear as she gave birth to daughter Blue Ivy Carter. 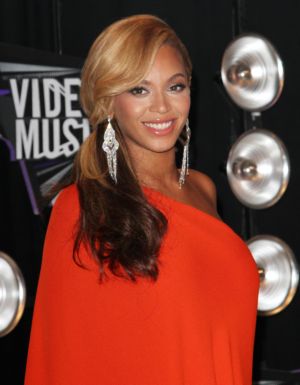 Beyoncé’s not a diva. Nope, not at all.

We’re sure every mother has a special hairpiece made for the delivery of her first baby!

It seems the new mom with a notorious penchant for hair extensions and lace front wigs gave birth in true diva style. She spent a whopping $1.3 million to book out the entire floor of a New York hospital and had a hairpiece designed just for the delivery of her daughter, Blue Ivy Carter.

“She wanted to look spectacular for her biggest performance ever,” an insider squealed to In Touch Weekly Sunday.

We wonder if Bey also had one of her uber-hit songs playing in the background, Mariah Carey style?

Now that would be the cherry on the cake.

This just in: Beyoncé gives birth to Blue Ivy Carter >>

Beyoncé, 30, reportedly checked into Manhattan’s Lenox Hill Hospital under the name Ingrid Jackson on Friday evening. Hubby Jay-Z was right by the star’s side as she delivered late Saturday. Friends of the couple were seen bringing bottles of red wine and food to celebrate shortly after the birth.

What is Jay-Z’s big parenting paranoia? >>

Beyoncé and Jay, 42, were married in 2008 after six years of dating. The multi-lauded hit-maker set a Twitter record when she revealed she was pregnant at the 2011 MTV Video Music Awards last August.

“It’s exciting! I know it’s gonna be difficult at times. I know that, like my mother, I’m gonna get on my child’s nerves, but I’m just ready! I’m ready for the next chapter,” Beyoncé said, speaking of her pregnancy, last December.