A Lady Antebellum wedding! Singer Hillary Scott tied the knot with the band’s drummer, Chris Tyrrell, in upstate New York over the weekend. 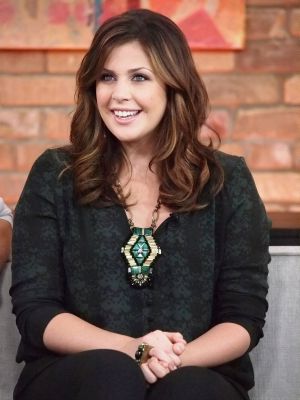 The couple was married on Saturday in upstate New York in front of family and close friends, a Lady Antebellum rep confirms. The twosome announced their wedded bliss with a video for their fans on their website.

“We’re so excited to be starting our life together and we just had to let you in on the exciting news,” said the happy newlyweds.

“We got married!” Scott, 25, beamed as she flashed a wedding ring. “We just wanted you to hear it from us first. We love you.”

Hillary and Chris began planning a wedding after Tyrrell popped the question in Tennessee over the 2011 Independence Day weekend.

“Chris proposed exactly the way I’ve always dreamed,” the ecstatic “Need You Now” singer said at the time. “Our families were close by, but it was just us out on a beautiful deck overlooking a lake in East Tennessee. We had just been on a hike and — in our workout clothes — he hit the knee. We feel so blessed by God that he sent us each other and we are looking so forward to forever together.”

Scott met Tyrrell while touring the country with Tim McGraw in 2010. “They’ve been an item ever since. The groom reportedly inspired Lady Antebellum’s hit single “Just A Kiss.”

Hillary isn’t too bashful to boast about her hubby’s romantic side. She once gushed about a “really good Christmas present” she received from Chris during an interview with South Dakota radio station Kickin’ Country 100.5 FM.

“He planned this whole afternoon/evening. At that end of the night I was like, ‘This is someone who truly cares and knows me so well,'” Scott told the station last February.

“We were in Saratoga, New York, actually, which there’s a main street in Saratoga that’s absolutely beautiful and there’s cute little shops so we went in and out of those and then went to a really nice dinner… To take the cake, he got a private carriage ride through this beautiful national park,” she continued.

“Like, a horse-drawn carriage. It was awesome. It was so sweet!”