“Seacrest out!” Wait, make that in. Oh, who knows at this point! All we know is Fox is working hard to keep the man at American Idol. 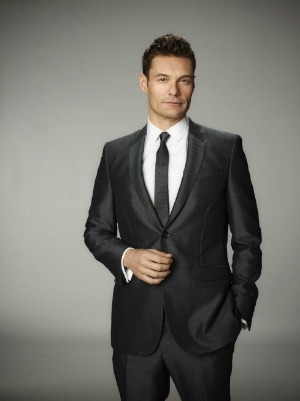 The Idol rumor patrol has Ryan Seacrest exiting his hosting duties at the end of this season, but don’t count the man out just yet — Fox isn’t about to let its star player leave the team that easily.

Shake-ups are something American Idol is familiar with (last season brought new judges Steven Tyler and Jennifer Lopez), so if Ryan Seacrest should leave the show, we think it could carry on — but does Fox? Make that a strong “no.”

According to The Hollywood Reporter, at the recent Winter TCA Press Tour, Fox president Kevin Reilly said, “I think everyone has come to realize the value of Ryan Seacrest. It’s very hard to imagine [American Idol] without Ryan. We certainly want to keep him.”

Oh, we had a feeling Fox wasn’t going to let him get away that easily. The man who has made a living out of making us wait until “after the break” is a bigger part of the show’s success than we imagined.

Thanks for reminding us, Fox.

Ryan Seacrest’s $15 million American Idol contract (annual) is over after this season and the dish is that the network would try to get him to take a salary cut — yeah, won’t happen.

While the network is denying the rumors, buzz began circulating that Ryan Seacrest was in talks to work with NBC’s Today show when Matt Lauer signs off this year. That alone might light a fire under Fox’s butt.

Either way, Reilly said it would be a “tough negotiation,” but one that would “come to a conclusion pretty quickly.”