Gerard Butler had a sincere brush with death while filming surfing scenes for his role in the upcoming Of Men and Mavericks — and yet he can’t wait to get back in the water. 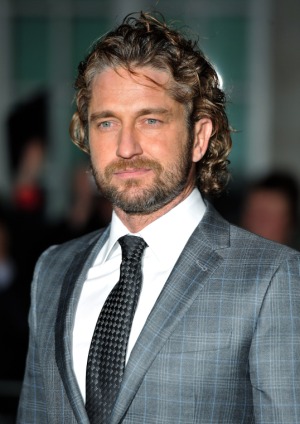 Gerard Butler‘s recent near-death surfing accident isn’t getting him down. In fact, the actor recently told a UK talk show he would have gone back in the water right away if he’d been allowed!

“I was going to go back that day,” Gerard Butler said. “I was actually in the ambulance and wanted to go back, which was a little crazy, but it’s pretty addictive.”

The 42-year-old, pictured here in London on Jan. 5, continued, “This was maybe one of the few times that the reports were not exaggerated. It was a pretty close call… (The waves) just took me and I couldn’t get up. It was pretty hairy.”

Take heart Gerard Butler isn’t telling any tall tales. ESPN reported at the time of the incident, “[Butler] had that 100-yard stare that surfers get after a two-wave hold-down or near-death experience. According to other eyewitnesses, Butler was held down for a solid two waves and took four or five more on the head before being washed through the rocks on the inside, where he was finally able to be plucked out.”

Continuing to look on the bright side Butler insists the near-death experience helped him get even deeper into character.

He added, “In the movie, I put in a scene about a ‘two-wave hold-down,’ when you are down for so long that the next wave comes over before you get back up, and that’s what happened to me. They finally grabbed me just as another huge wave was coming in. It was just like a movie! In fact, everything I talked about happening in the movie happened to me.”

Of Men and Mavericks, which tells the story of the late surfer Jay Moriarty, is due out Oct. 26, 2012.

Would you be as anxious as Gerard Butler is to get back to surfing?