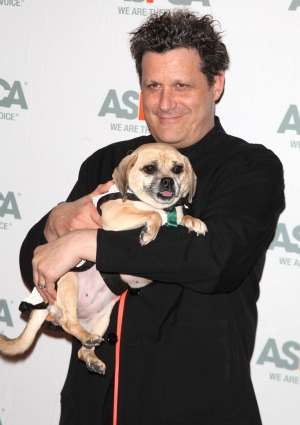 The Project Runway: All Stars judge shared the happy info on The Wendy Williams Show today and said that far from being grand, his nuptials were a very quiet, private affair.

“We’ve been together for six years, but we met 10 years ago,” the 50-year-old newlywed explained to Wendy after she spied his wedding ring. “We didn’t think we wanted to get married until they said we could in New York, and then it was like, ‘We’re getting married!'”

But when they announced their intentions to friends they were totally overwhelmed by all the planning they faced.

“We were terrified and just decided to elope at City Hall,” he said.

While Mizrahi thought the process would be little more than signing some paperwork, he was overwhelmed with emotion when they were brought into a small chapel for a ceremony led by the justice of the peace.

“I started sobbing,” he said, recounting the justice of the peace-manned ceremony. “It was one of those moments, I wasn’t expecting that kind of emotional, emotional impact. I think when it’s right, you know it.”

If you feel like you missed out on the most fabby gay bash of the year, don’t fret. They plan on throwing a big bash next year near their Nov. 30 wedding anniversary.

“I think on the year-end anniversary, we’ll have like a giant thing,” he said. “And yes, I will call Vera Wang, and she will do my dress.”