NBC still has love for Community. After pulling it from their winter lineup, the network has confirmed plans for its spring return.

Community isn’t dead yet! The NBC underdog hasn’t been canceled and will return this season. Network entertainment chief Bob Greenblatt has finally revealed the show’s fate. 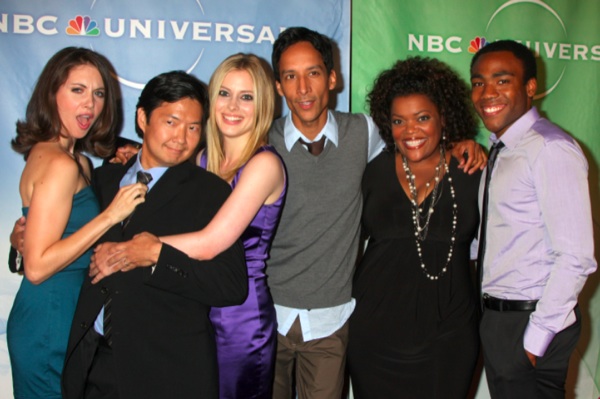 According to TVLine, during the winter TCA tour, Greenblatt confirmed that Community “has not been canceled.” The show will return to the NBC lineup sometime this spring.

“When I announced our midseason changes last fall and took Community off the schedule, I failed to explicitly say that it would be back,” he explained. “I want to expel any notion that it is just disappearing off the schedule.”

Community has never earned huge ratings, but it’s a favorite among critics. Many suspect its low numbers are due to its unfortunate time slot. The show airs the same time as CBS’ megahit The Big Bang Theory, which is geared toward a similar audience.

Greenblatt revealed, “Community was moved to 8 o’clock a couple of years ago, and that’s an incredibly competitive time slot now on Thursday. I’m really curious to see what something else will do there. We have a really tight schedule with comedies [so it’s] really going to be a matter of looking at what happens with the six comedies we’ve got at midseason.”

Now for the big question: Will Community be renewed for a fourth season? The chief says, “We’re just going to look at the success of what pilots yield, what the scheduling needs are and make that decision closer to the upfront [in May].”

What do you think of NBC’s decision to delay Community until spring?