Former *NSYNC singer JC Chasez made friends with an Italian family after he saved their small daughter from a flyaway beach umbrella.

Related story 'NSYNC reunited for one very special reason, and we can't help but fangirl over it 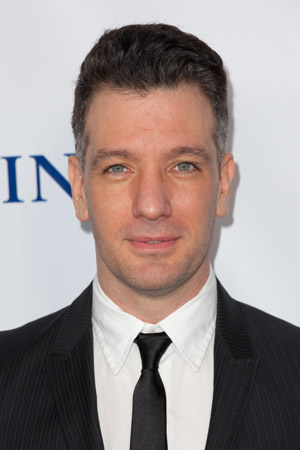 JC Chasez is a triple threat — singer, dancer… superhero? It’s true, the former *NSYNC’er sprung into action and saved a child from certain death during a New Year’s Day trip to the beach, according to the child’s family.

“My family came from Italy and we were all sitting on the beach,” Italian jeweler Netali Nissim told E! News.

Chasez and his girlfriend parked their beach towels near her family and made small talk while catching some rays. “I’m from Italy, so I didn’t know who this guy was,” Nissim said. “But JC called my daughter precious and adorable. He and his girlfriend were so nice.”

At one point, a black helicopter hovered dangerously close to the beachgoers, kicking up wind.

“It was passing so close and not even fast, just leisurely passing by,” she said. The chopper created a gust of wind that swept their umbrella into the air.

“And in that moment, JC jumped in the middle, the umbrella hit him on his shoulder and he put it back in the ground,” Nissim said.

“This wasn’t a rain umbrella, it was a heavy parasol and the wind was so strong it could have landed right on top of her. Right after he blocked it, the umbrella covered them both, so I was worried. When I realized he had protected her, I was so thankful.”

Okay, so maybe he didn’t save the baby’s life, but he did keep her from serious injury. Chasez and his girlfriend then spent the rest of the day with the family. “They were very sweet. We talked about New Year’s Eve,” the thankful Italian mother added. “I didn’t even know who he was until after. My husband told me he was a famous singer.”

The America’s Best Dance Crew judge hasn’t commented publicly on the incident, though Nissim wants to thank him for his heroics.

“In Italy, that is what you do if someone does something,” she told E! Online. “If someone helps you out, or saves your daughter, you send a gift to show your gratitude. It’s a tradition. It’s appropriate.”

Next up on his superhero duties? Saving music with a *NSYNC reunion (we wish).