Chaz Bono is really ready to find love now that his relationship with ex-fiancée Jennifer Elia is over. 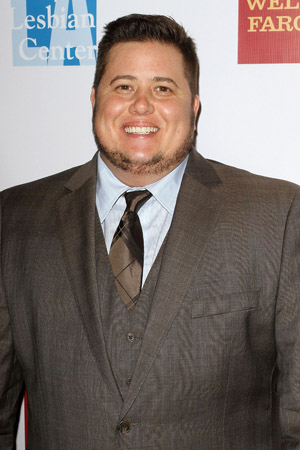 Chaz Bono is relishing his newfound single status, but he’s ready to get his swerve on with a lucky lady. His planned wooing strategy? Using his Dancing With the Stars moves on unsuspecting ladies.

“I really want to start dancing again,” Bono, 42, told People. “What a great skill: To be able to take a woman dancing… and actually know what you’re doing!”

The son of iconic singer Cher and the late Sonny Bono broke off his engagement with longtime girlfriend Jennifer Elia in December. “Thanks for your concern about our separation,” he tweeted after the breakup. “I’m doing fine, and we remain on good terms with nothing but respect and affection 4 each other.”

Of course, any woman that gets into a relationship with Bono will have to be sensitive to the gender reassignment process he started two years ago. The once-female reality star hasn’t yet acquired all male parts.

“People focus on what’s between your legs… If I never have bottom surgery [the procedure by which a penis is created], I’m fine. I feel 100 percent male as I am,” Bono added to the magazine.

He told Rolling Stone that he’s considering it, though.

“I could get a phalloplasty, which builds the phallus from a donor site on your body, but I’m leaning more toward a metoidioplasty,” Bono said. “It’s a procedure that uses what you already have down there, which has grown larger from the testosterone. You end up with a smaller phallus than with the phalloplasty, but it’s fully functional, it gets erect, and the sensation is all there.”

Bono adds that any further surgery is not a big priority at this time. Right now, the focus is on dating — and repairing his house.

“When I was doing Dancing, I had a leak in my roof. A new roof was definitely more of a priority,” he joked.

Do you think Chaz Bono is trying to date too soon after his breakup?