Sienna Miller and boyfriend Tom Sturridge are expecting a baby — at least, according to one report. Is it true? 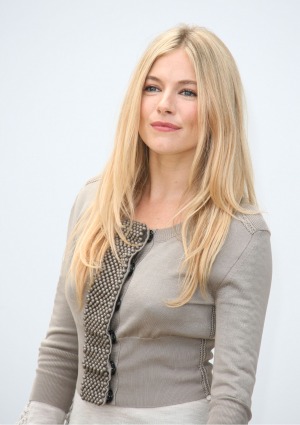 Is Sienna Miller pregnant? A source close to the star says Miller and boyfriend Tom Sturridge are expecting a visit from the stork — and they couldn’t be more thrilled!

“They just spent the holidays in Paris together after they announced the news in London,” an insider told Us Weekly, adding that Miller and Sturridge “don’t have plans right away to marry, if at all.”

Friends and family are said the be elated, especially because her baby daddy is not Jude Law, who she finally dumped for good last February.

“[Miller’s loved ones] had had it with Jude Law and his cheating and all the back and forth,” the pal said.

“Friends are really happy with her relationship with Tom. He’s younger, yes, but he’s mature and he’s a good guy… [We] were not surprised by the news of the pregnancy. They’re really good together.”

Rachel Bilson and Tom Sturridge are Waiting for Forever >>

Sienna Miller is known more for her relationships and fashion sense than her movie roles, but has appeared in such films as GI Joe: The Rise of Cobra, Stardust, Factory Girl and Alfie.

Tom Sturridge will star in the upcoming period piece Effie with Dakota Fanning and Emma Thompson.

Miller’s rep could not be reached for comment, while Sturridge’s only responded, “We don’t comment on our client’s personal lives at all.”

Read on for more Sienna Miller