This Sunday, Pan Am is back and it’s better than ever. The latest episode is filled with sex, lies and more sex. Budding relationships are ruined, hearts are broken and secrets are exposed. 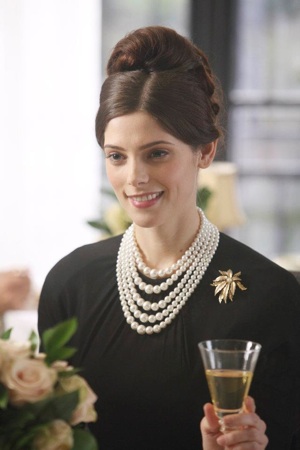 Are you worried about Pan Am‘s future? Don’t throw in the towel just yet, the freshman drama is finally back!

After a holiday hiatus, our favorite stewardesses have returned for an all new episode. The ladies (and gentleman) of Pan Am are still alive and feisty as ever. Unlike fellow ABC newbies, like Charlie’s Angels and Man Up, the show has plenty of life left in it.

The drama airs Sunday night with its comeback episode “Secrets and Lies.” In it, Dean and Colette’s budding romance hits a snag, while Kate is haunted by her last spy assignment.

Maggie experiences a conflict of interest after submitting a critical story to the Village Voice against her local congressman. She unexpectedly falls for the politician after the article’s sent to print.

Mags isn’t the only one bitten by the love bug. Laura is thrown for a loop when Ted claims to have found the love of his life. And Twilight star Ashley Greene returns to stir the pot. The actress will reprise her role as Ted’s old flame Amanda Mason.

Greene’s been a busy girl. After wrapping production on The Twilight Saga: Breaking Dawn — Part 2, she taped appearances for Pan Am, shot the comedy LOL with Miley Cyrus and the thriller The Apparition opposite Harry Potter‘s Tom Felton.

Check out the preview clip from “Secrets and Lies” below:

Are you excited about Pan Am‘s big return?