Johnny Depp and Vanessa Paradis are on the rocks and on the verge of a split, says a source close to the couple. Could our favorite pirate be single soon? 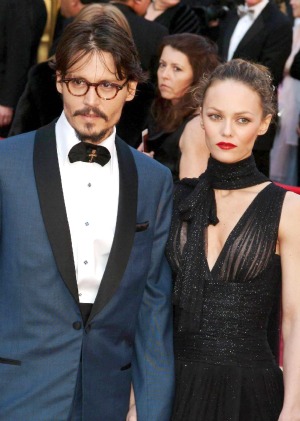 He has been off the market for 14 years, but your chance to nab Johnny Depp could actually be coming. A source says the Pirates of the Caribbean star is on the verge of a split with his longtime girlfriend and baby mama Vanessa Paradis.

Star couples who are happily unmarried >>

“People around him are worried about how Johnny is doing because he and Vanessa seem so fractured right now. Their relationship is heading toward the end.”

Of course, after 14 years, two kids and multiple pieces of real estate, a split will not be as easy as divvying up the DVD collection.

“Johnny has started reaching out to lawyers, probably to quietly discuss how to get out of the relationship. They’re not married but they’ve been together for years and have kids together so it isn’t as easy as just breaking up,” the source said.

“Johnny is so talented at acting, but he doesn’t seem able to hide how badly things are going right now.”

Is it true? Reps for the couple aren’t talking — and Depp rarely comments on his private life — but the whole family was just spotted in Los Angeles over New Year’s looking just fine and dandy. Guess we’ll just have to take the wait-and-see approach.

Johnny Depp and Vanessa Paradis started dating in 1998 and have two children together, Lily-Rose, 12, and Jack, 9.