Billy Crystal grants film fans a first look at what to expect at the 2012 Academy Awards in this newly released teaser trailer. The 84th Oscars ceremony airs live on ABC on Feb. 26. 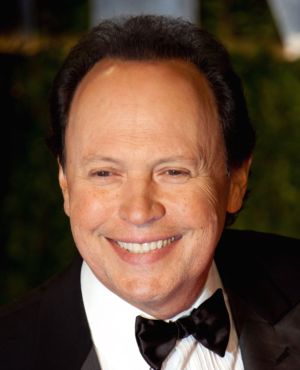 The new trailer for next month’s Academy Awards broadcast is pure Crystal.

Billy Crystal, that is.

The Academy of Motion Picture Arts and Sciences, which produces the Oscars, developed this side-splitting sneak peek in conjunction with Will Ferrell’s comedy website, Funny or Die.

The trailer will begin appearing in 2,000 movie theaters nationwide today.

“We wanted to try something a little bit different this year instead of a traditional, clip-based piece,” says Academy marketing chief Christina Kounelias. “The trailer has a fun twist that conveys how excited everyone is to have Billy back.”

“Am doing the Oscars so the young woman in the pharmacy will stop asking my name when I pick up my prescriptions. Looking forward to the show,” Crystal cracked in a tweet announcing his umpteenth appointment as Oscar night MC.

He’s back! Billy Crystal tapped to host the Oscars >>

Billy, as you may recall, picked up his ninth Oscars-hosting gig after Eddie Murphy exited the role in November. The Raw comedian decided to bow out of the show after his pal, loose-lipped lensman Brett Ratner, stepped down as producer of the ceremony amid a scandal over his use of a homophobic slur.

“First and foremost I want to say that I completely understand and support each party’s decision with regard to a change of producers for this year’s Academy Awards ceremony,” Murphy said. “I was truly looking forward to being a part of the show that our production team and writers were just starting to develop, but I’m sure that the new production team and host will do an equally great job.”

The 84th annual Academy Awards — going down at the Kodak Theatre in Hollywood — airs on ABC on Feb. 26.