Gwyneth Paltrow is starting the new year with a pricey cleanse — and she wants you to join her. Will you hop on her bandwagon or grab an apple instead? 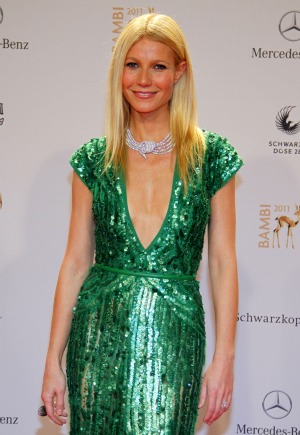 Nothing tastes as good as being skinny feels, people with eating disorders like to say — and Gwyneth Paltrow seems to subscribe to that theory. The actress is hawking her favorite cleanse in her goop newsletter this week — and she would like her doctor to cleanse you of $425 for the program.

“Next week, when it’s back to the grind with work and the daily school run, I’m starting off with Clean, my go-to cleanse from Dr. Alejandro Junger, with whom goop has partnered for the month of January,” Paltrow wrote.

Gwyneth Paltrow is on your iPhone >>

“I’ve used Clean in the past with great results, losing a few pounds and kick-starting a healthier and more energetic New Year. This month, I’ll be doing it along with members of the goop team and we hope you will too. And, it goes without saying, but be sure to check with your doctor before getting started!”

Junger’s “cleanse” consists of drinking his special brand of shakes for breakfast and dinner, plus a small lunch consisting only of foods from the doctor’s special list and a fistful of supplements that supposedly aid digestion. Junger claims his system will “kick-start your metabolism” and rid your body of toxins — claims the FDA does not endorse.

Starving yourself for 21 days will cost you a whopping $425, plus the cost of the miniscule amount of food you’re allowed to eat.

“To date more than 50,000 people have successfully completed this cleanse,” Junger wrote in the goop newsletter. “In fact, in 2009 when this cleanse was featured on goop, we sold out, and thousands ended up on our waiting list. I see that as a testament to how eager people are to feel better, and how effectively this cleanse works. I hope that after this experience we can add your name to that list.”

Or, you know, you could just start eating less crap and start loading your plate with healthy whole grains, veggies and lean meats. It’s not trendy, but it works!