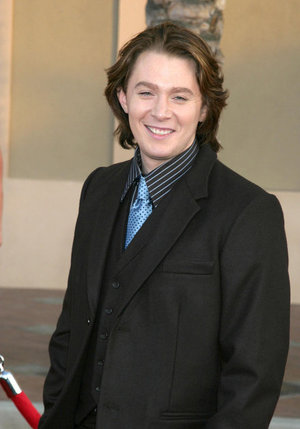 Mirror, mirror on the wall, who’s the most intimidating reality competition TV show host of them all? For Clay Aiken, Donald Trump gets the nod over Simon Cowell.

“Being in front of Trump is more intimidating,” said Aiken to TODAY.com. “That’s because you realize his success is real outside of TV. Whereas with Cowell, I don’t deny him his value — but singing is not his expertise.”

“Singing I can do, and if Simon didn’t like it then I wouldn’t be like, ‘I can’t sing!’ With Trump, it’s not my expertise, and it is his, and so therefore I have a little more respect for him because I realize I’ve got to work harder.”

The affable Aiken offers a unique perspective, as he was runner-up on season two of American Idol when Cowell was a judge, and he’s a contestant on the upcoming season 12 of The Celebrity Apprentice.

“I expected meanness from Simon, because I felt Simon’s job was to be rough and brutal, and therefore it didn’t matter as much what he said to me,” he said.

Yet Trump was more nuanced.

“I had a Spanish teacher in high school. I rarely got in trouble in her room because I felt I was disappointing her if I got a bad grade,” Aiken said. “That had more power over me than teachers who told me I talked too much. That level of respect I had for her made me not want to fail for her. I never had that feeling with Cowell — but I had it with Trump.”

Clay seems to have at least one contestant in his corner. Hall told Access Hollywood Live that Clay was “the sweetest guy, a good friend, too.” Hall said, “He’s charming, he’s bright and he’s one of my best friends… Something about me and Clay bonded.”

Let’s see, Clay’s smart, he has an advanced ability to read authoritative personalities, and he’s able to develop strong bonds with fellow contestants — sounds like he’s not getting fired anytime soon.