Some of the best movies and television series were born from the pages of a book. Here are five books that made it to the screen: Read them, and then see them and decide which version you like better.

One for the Money 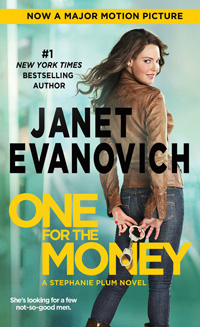 Unemployed and desperate, Stephanie Plum is forced to con her cousin, a New Jersey bail bondsman, into giving her a job. Stephanie thinks she’s sitting pretty until she’s given her first assignment: Bring in Joe Morelli, who’s not only a cop but a childhood friend. Okay, so Morelli was a bit more than just a friend, and Stephanie is having one heck of a time capturing him. Funny and smart with some great plot twists and two hot guys, One for the Money is a top notch start to an entertaining series. The movie, starring Katherine Heigl and Jason O’Mara, opens in theaters on Jan. 27. Bonus: If you like sassy, humorous cozy mysteries, try the Bubbles Yablonsky series by Sarah Strohmeyer, which starts with Bubbles Unbound. 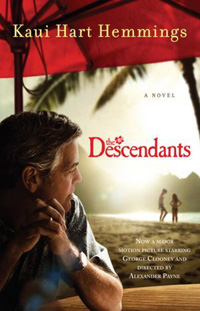 Matthew King, a descendant of Hawaiian royalty, is at a crisis point. His fast-living wife is in a coma after suffering an accident, his daughters are totally out of control and his cousins are hounding him about the family trust. When he learns of his wife’s secret life, Matt is forced to take stock of himself, his life and his responsibilities. The Descendants is a heart-warming story of forgiveness and healing. The movie, starring George Clooney, Shailene Woodley and Amara Miller, is in theaters now. Bonus: If you like books about marriages, secrets and parent–child bonds, try Caroline Leavitt’s Pictures of You. 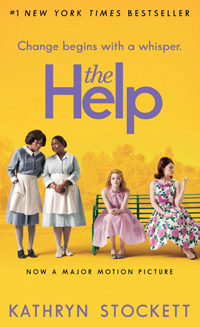 When Skeeter Phelan moves back home after graduating college in the 1960s, she’s no longer comfortable with the social and racial divides her Mississippi parents take for granted. After seeing her town with fresh eyes, she decides to give a voice to some of the thousands of black women who have devoted their lives to serving white families. Risking everything, Skeeter and two black housekeepers collect stories from the town’s “help,” setting off an avalanche of reactions and change. The Help inspires us to follow our hearts and stand up for what we know is right; it’s also a story of friendship, heartache and hope. The movie, starring Emma Stone, Viola Davis and Octavia Spencer, is out on DVD and BluRay. Bonus: If you like to read about women’s relationships in the South in the 1960s, try Sue Monk Kidd’s The Secret Life of Bees.

Snow Flower and the Secret Fan 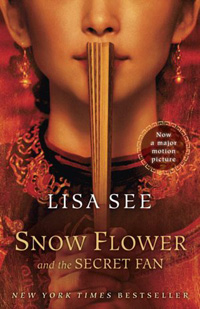 Women led sheltered lives in 19th-century China, constrained by duty to their families and husbands. Lily and Snow Flower were lucky to have each other, bonded at age seven to be lifelong friends. Against a backdrop of marriages, wars and cultural limitations, the two women struggle to hold on to their true selves and their relationship. See’s attention to historical detail and skill at creating sympathetic characters will make Snow Flower and the Secret Fan one your favorite books. The movie, starring Li Bingbing and Gianna Jun, is out on DVD and BluRay. Bonus: For another book about women’s friendships, try The Divine Secrets of the Ya-Ya Sisterhood by Rebecca Wells. 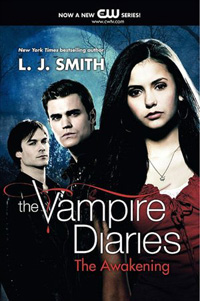 One of the earliest and most enduring vampire series starts with The Awakening, which introduces us to vampire brothers Stefan and Damon Salvatore, who have been competing for women since they were first turned into the undead more than 150 years ago. In modern times, the Salvatores return to their Virginia hometown, where they focus their attention on Elena Gilbert. The human teenager is caught in the middle, forced to chose sides. The television series The Vampire Diaries, starring Paul Wesley, Ian Somerhalder and Nina Dobrev, airs on the CW and is in its third season; check your local listings for the day and time. Bonus: If you’re fan of vampires and the paranormal, try Richelle Mead’s Vampire Academy series, starting with Vampire Academy.