Kanye West stayed up late last night sharing a stream-of-consciousness tweet fest with fans. Read what he had to say. 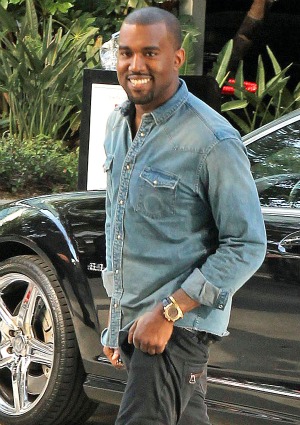 This is what happens when you drink too much coffee too late at night: A torrent of so-called genius ideas is unleashed on an unsuspecting Twitter fan base only to be relentlessly mocked by the media the next day.

Kanye West went crazy on Twitter last night, and while the music impresario is known for having one of the most entertaining feeds around, last night’s truly takes the cake.

West ranted about everything from fashion to Steve Jobs to the state of education in America. Some of our favorite selections:

“I appreciate everyone’s support for my clothing line but I wanted to clarify a few things… ‘Simplicity is the ultimate sophistication.’ – Leonardo Da Vinci”

“More clarity… I have no agency representing me currently… William Morris was fired after Cara Lewis quit. I love Cara Lewis : )”

“I designed a sneaker called the YEEZY with Nike. I’m ‘allowed’ to design 1 pair of sneakers every 2 years. I have more ideas…”

“I remember being 5 years old picking and my mother taking me with her shopping at the discount fur spots. She said I would always point to the most expensive furs even as a child LOL.”

“Being a celebrity has afforded me many opportunities but has also boxed me in creatively.”

“I was just discussing becoming the creative director for the Jetson movie and someone on the call yelled out.. you should do a Jetsons tour! This just happened a few hours ago. I was very insulted of course becuase for anyone that’s seen the Watch the Throne Tour… you know I have real ideas…”

Kanye West compares himself to Hitler >>