Chaz Bono says his transformation into a male is not complete — he still needs one very important piece of equipment. 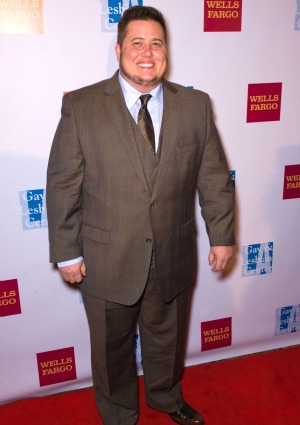 Chaz Bono is definitely a dude now, but there’s just one thing missing: A penis.

While in the past he’s said he prefers to keep his “privates private,” the former Dancing with the Stars contestant is opening up about his continuing journey to becoming the man he has always felt he truly is — and that includes a penis.

“I could get a phalloplasty, which builds the phallus from a donor site on your body, but I’m currently leaning more towards a metoidioplasty,” Bono revealed to Rolling Stone.

“It’s a process that uses what you already have down there, which has grown larger from the testosterone. You end up with a smaller phallus than with the phalloplasty, but it’s fully functional — it gets erect, and the sensation is all there.”

So would it be a grower or a shower? “You know, really don’t — I’ve never seen one erect so it’s really hard to say,” Bono said.

“But, you know, soft it’s probably about three inches, and it grows considerably. I don’t know what the average difference is, but when I’m having sex I probably get three or four times larger.”

His ex-fiancée Jennifer Elia was against the additional surgery. Not surprising, since she candidly discussed her ambivalence about being a lesbian whose partner became a man on Bono’s documentary Becoming Chaz.

“I think Jen wished I wouldn’t get the bottom done, but she understood my need to,” Bono said, adding: “You have to understand — for me the life transformation has already happened.”

One place he won’t be going to for cash is the Bank of Mom. Bono said Cher will not be financing his junk.

“She has [helped out financially] in the past when there’s been a problem or issue, but no, I don’t like to take money from my mom more than anybody else does,” he said. “Being self-supporting is important to me.”

Guess he’ll have to resort to the piggy bank like the rest of us.