Kate Middleton has decided which charities will be her first picks for patronage. Read on to find out which five groups will get the royal touch! 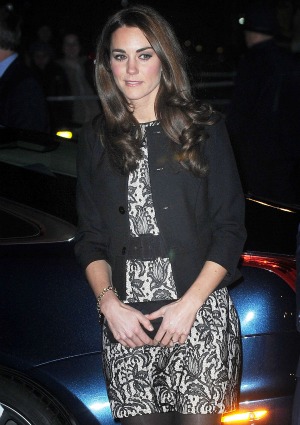 The life of a British royal is all about public service — and Kate Middleton has decided where she will devote hers.

The Duchess of Cambridge has chosen five charities with whom to work, four as a patroness and one as a volunteer, giving hands-on help.

St. James’s Palace confirmed that Middleton has accepted honorary positions with Action on Addiction, East Anglia’s Children’s Hospices, the Art Room and the National Portrait Gallery as well as a volunteer place with the Scout Association. The groups were chosen to reflect her interest in the arts, supporting people in need and her love of outdoor activity.

The choices of the Duchess also closely mirror those of her late mother-in-law, Princess Diana, who also favored children’s charities and addiction groups.

“The Duchess has chosen to support organizations that complement the charitable work already undertaken by her husband,” the palace added.

“She did her own research and chose these after approaches or because they reflected the areas she was already aware of, especially in the arts and outdoor activities,” said a palace source.

Middleton, who was a Brownie Scout as a young girl, must be particularly excited to teach the wee ones how to canoe and tie knots.

“The Duchess is to become a volunteer in the Scout Association, volunteering her time privately with groups in north Wales and elsewhere as opportunity arises,” a royal aide told the Daily Mail.

“Scouting very much reflects her own interests and hobbies and in doing so she hopes to highlight the urgent need for more young people to volunteer their time to help out.”

So the next time you’re camping in North Wales, Great Britain, keep an eye out for Kate and her fabulously shiny hair!