Was it something we said? Bristol Palin has hit the road and fled back to Alaska to live with her mom and dad. 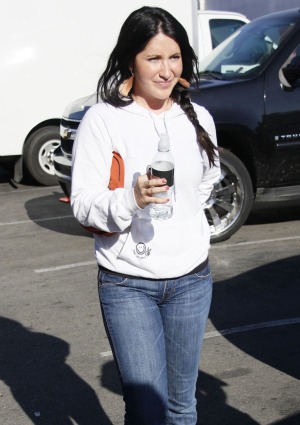 Like many starstruck young girls, Bristol Palin thought she could make it big in LA — but now the reality star wannabe is heading back home to Alaska with her tail between her legs.

Bristol moved to La La Land to film her own reality show after she got a taste of fame on Dancing with the Stars. Now it seems that despite rumors that Bristol is shopping a new show with her sister Willow, she is done with showbiz altogether.

“I wasn’t really into the Hollywood thing,” she said in the new issue of InTouch magazine. “And [after the altercation at Saddle Ranch] I just realized I was over it and I wanted to come home.”

Bristol Palin wanted to get pregnant says her baby daddy >>

Then there’s her son, Tripp. “He’s going to be starting preschool soon, so we needed to settle into a routine,” she explained.

For now, Bristol is living in an apartment on her mom’s property. “It’s great having Bristol here,” Sarah told InTouch. “She makes good decisions and she’s always thinking long-term about her and Tripp’s future.”

Mercede Johnston has the dirt on Bristol Palin’s plastic surgeries >>

Instead of developing her TV career, Bristol said she got her job back as a receptionist at a dermatologist’s office in Anchorage, which she left to pursue her Hollywood dreams.