Actor James Franco is getting back into the literary world with his first novel through Amazon Publishing. 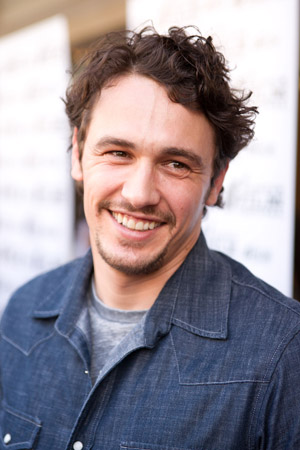 Actor and perpetual student James Franco is still on his quest to take over every aspect of the arts — whether we want him to or not. Franco is set to publish his second book, Actors Anonymous, with Amazon Publishing, according to the New York Observer.

The novel is reportedly based on his life as an actor.

Actors Anonymous isn’t the 33-year-old’s first foray into the literary world. Franco published Palo Alto, a collection of short stories, back in 2010. Critics blasted his book for its short sentences, weird phrasing and general crappiness.

That summer, between my freshman and sophomore years, I worked for a Swedish guy named Jan, pronounced Yan. My job was to watch old film reels of the moon. There were hundreds. I worked in a cold, windowless basement. The reels would run from one spool to another on this old machine that looked like a tank. I was supposed to record blemishes and splices in the film. Sometimes the moon was full; sometimes it would get a little more full as I watched. Sometimes the film was scratched so badly it skipped, or it broke. I was in the basement forty hours a week. I watched so many moons.

It got so boring, I stopped looking for splices. Instead, I drew pictures on computer paper that I pulled from the recycling bin. Jan was never around, so I drew a lot. I drew rainbows, and people, and cities, and guns, and people getting shot and bleeding, and people having sex. When I got tired I just drew doodles. I tried to draw portraits of people I knew. My family always looked ridiculous, but funny because the pictures resembled them, but not enough. Then I drew all these things from my childhood, like Hello Kitty and Rainbow Brite and My Little Pony. I drew my brother’s G.I. Joes. I made the My Little Ponys kill the G.I. Joes.

Here’s hoping Franco is a better author when it comes to fiction.

Read on for more James Franco