Angelina Jolie is making all girlfriends and wives look bad… again. She reportedly bought her honey, Brad Pitt, his own waterfall for Christmas.

Leave it to Angelina Jolie to make your Christmas iPad 2 look like a lame gift. The In the Land of Blood and Honey director reportedly scoured the world to find Brad Pitt’s perfect Christmas present: A waterfall. 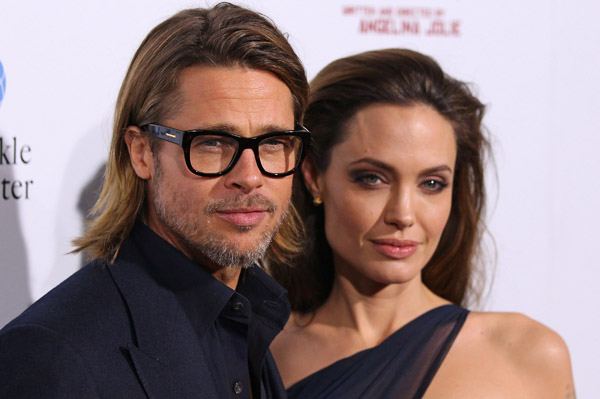 Yes, a waterfall — if you believe the report in the U.K.’s Daily Mail.

“Angelina wanted to get him something incredibly special and, because she knows how much he loves architecture, she thought this would be perfect,” a source told the Daily Mail. “This is the present to top all presents.”

Jolie found the “cascading” waterfall in California and surprised the father of six with it for a joint birthday and Christmas present. The architecture-loving actor fell in love with the waterfall idea after seeing one near a home that architect Frank Lloyd Wright once owned in Pennsylvania.

“Brad has dreamed of a home with the sound of a waterfall cascading under the house,” the source said. “He wants to pull all aspects of nature, light, glass and varying levels into the concept.”

We’ve contacted Pitt’s rep to get more on the story.

This is one tabloid report about Jolie and Pitt that we actually think is true. Pitt is heavily involved in the architecture and design world with his Make It Right foundation to rebuild homes in New Orleans.

“These houses here have exceeded my expectations,” Pitt told CNN in 2010 of the homes built in Hurricane Katrina-ravaged neighborhoods. “The goal here was how do you build affordable housing that’s high-performance, and that is going to be strong enough to withstand the kind of weather that we’re seeing down here.”

Next gift that should be on his Christmas wish list? His own country — and we’re pretty sure Angie can make it happen.

Read on for more Brad Pitt

Fans ticked at Jonah Hill for not being Brad Pitt
Angelina Jolie: Brad Pitt is “the love of my life”
Brad Pitt is one step closer to Oscar