In 2011, there seemed to be more monumental marriage meltdowns in Hollywood than ever before. Demi and Ashton, Arnold and Maria, Jennifer and Mark, Kim and Kris and the list unfortunately goes on. It seemed like you couldn’t walk past a newsstand without a star couple breakup on almost every magazine cover. While everyone seems to be focused on the celebrity marriages that didn’t last during this past year, it’s time to shed some light on the celebrity relationships that did work and seem to keep getting stronger.

Navigating a marriage in Hollywood is like walking on a tightrope — you try to concentrate on keeping your balance while everyone is watching you. It’s not easy being just a normal couple married these days, let alone one that’s in the spotlight 24-7. So when there are celebrity marriages that work on all levels, you can’t help but tip your hat to the star couples who are making it happen as a family unit. Below are five Hollywood couples who had a banner year as husband and wife in 2011. 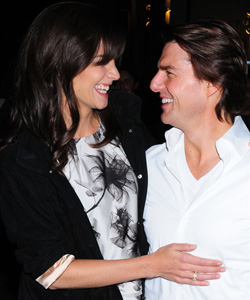 While a celebrity marriage in Hollywood can be “risky business,” Tom and Katie couldn’t seem happier. 2011 was a busy year for the star couple with Tom starring in the blockbuster hit Mission Impossible 4 and Katie starring opposite Adam Sandler in the comedy Jack and Jill. This shows that they can balance work and their marriage successfully. Let’s not forget their adorable daughter Suri who is all smiles whenever she is photographed with mommy and daddy. 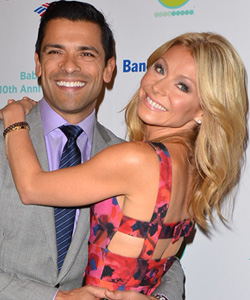 Kelly and Mark seem to have one of the healthiest celebrity marriages, going strong since 1996. Kelly took over the entire Live with Regis and Kelly show late last year when Regis departed. Mark has been supporting Kelly on all fronts, even guest hosting alongside her on the popular morning show. They are a prime example that a star couple who supports each other stays together. 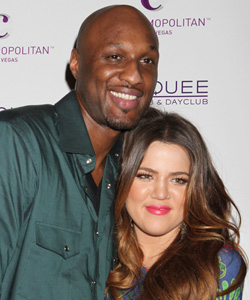 Sure they planned their wedding in just nine days, but it has turned out to be quite successful for the reality show star couple. Lamar is tight with the entire Kardashian family and Khloe is close with his two children. When Lamar recently got traded from the Lakers to the Mavericks, Khloe took it in stride and was willing to relocate to Dallas with him. It’s clear she’s standing by her man. 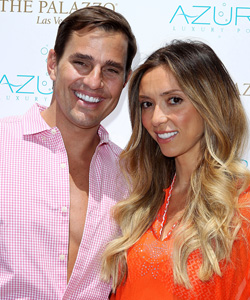 The reality show star couple has been on a professional high the last few years. TV and book deals have made them a true example of how a couple can work together and still stay happily married. In 2011, Giuliana announced she had breast cancer and recently underwent a double mastectomy. Her courage is remarkable and with her husband standing right by her side, she has been updating everyone about the progress in the hopes to help others. It’s clear they are not only lovers, but true friends who are there for each other no matter what. 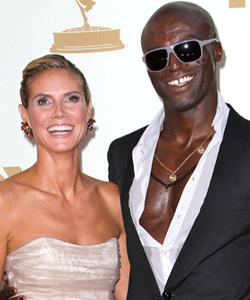 The Victoria’s Secret model and reality show mogul has certainly made sweet music with this Grammy winning A-list singer. Married in 2005, Seal and Klum have made being hitched in Hollywood look almost easy. They’ve had enormous success professionally as well as personally, bringing four beautiful children into the world. They are one of those celebrity couples where you never know what exciting thing is going to happen next. But we can surely count on Heidi’s yearly fabulous Halloween party and lots more from them in 2012!

Celebrity couples we’d like to reunite
Who knew these celeb marriages would last?
6 Relationship tips from Hollywood golden couples