Jonah Hill says the generosity of his pal Brad Pitt earned him some very disappointed fans in New Orleans. What happened? 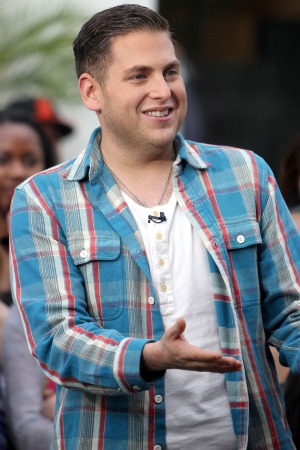 No offense to Jonah Hill, but he isn’t exactly someone you would easily mistake for Brad Pitt, right? Nevertheless, the Moneyball actor said that Pitt’s generosity led to several cases of mistaken identity — and some confused and disappointed fans.

Hill told Jon Stewart on The Daily Show that Pitt let him stay in his New Orleans house for four months while filming 21 Jump Street. A very generous gesture — but one that did not go unpunished by fans.

“Every day I’d get picked up in a black SUV and dropped off. But people in New Orleans know it’s Brad Pitt’s house,” he told Stewart. “It’s literally on the tour. So, I would go home every day from work and there’d be a tour outside and they’d be freaking out, and then I’d get out of the car, and you could hear a collective audible sigh of annoyance when it wasn’t Brad Pitt!”

Bummer! Also a bummer: Pitt’s generosity did not extend to allowing Hill to share Angelina Jolie.

“He isn’t that cool,” Hill laughed.

21 Jump Street is due to hit theaters in March.