Look for a new album from Bonnie Raitt in April. It’s her first in seven years. 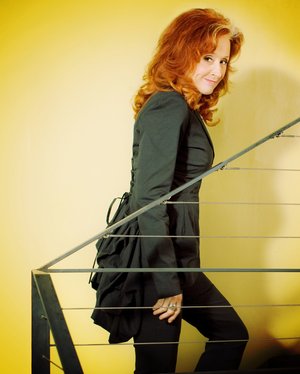 The wait for new Bonnie Raitt music is nearly over. The blues rocker is set to release the album Slipstream on April 10 on her new label Redwing Records, Raitt announced on Tuesday through a spokesperson.

It’s been seven long years since her last album, 2005’s Souls Alike, and the interim has been eventful for Raitt, though not in a good way. The 62-year-old belter lost her parents, her brother and her best friend in that span.

“I took a hiatus from touring and recording to get back in touch with the other part of my life,” Raitt said in a statement.

The album will be accompanied by a tour, which will mark her first trek since 2009.

Raitt, known for her soulful vocals and nifty slide guitar work, has opted for an album of cover songs with tracks by Bob Dylan, Joe Henry and Loudon Wainwright III getting the Raitt treatment. Her longtime touring band backed her in the studio for the Slipstream sessions.

A reggae version of Gerry Rafferty’s ’70s soft-rock classic “Right Down the Line” will be the first single.

“Hearing myself in this new setting, how deep and effortlessly it went down, really inspired me to start a new record,” said Raitt. “Working with Joe (Henry) and his guys and then reuniting with mine really got my creative juices flowing again.”

Bill Frisell, Al Anderson (formerly of NRBQ), Paul Brady and Maia Sharp are also on the album. Raitt, a nine-time Grammy winner whose hits include “Something to Talk About,” promises an album of genre-expanding songs.

“I’m so inspired and so proud to continue these traditions, whether it’s reggae or soul or blues,” Raitt said. “I’m in the slipstream of those who came before me, and I’m leaving one for those behind me.”

The redheaded Raitt was profiled on PBS’ Women Who Rock in the fall and Adele recently covered her hit, “I Can’t Make You Love Me.”