Brad Goreski says that his split from Rachel Zoe was far less dramatic than she makes it out to be. Here is his side of the BFF breakup. 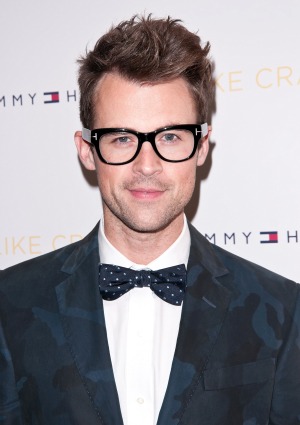 What happened between Brad Goreski and Rachel Zoe? The celebrity stylist and new mom says that her former assistant lied to her and left to start his own firm with clients stolen from her own — but Goreski says if anyone is lying, it’s Zoe.

Letting his claws out just a tiny bit, Goreski continued, “I just think it’s unfortunate that she feels so competitive with me in a way. Because I left to create a name for myself — and not to ride on any of her coattails. She’s so incredibly successful, that a stylist starting out — I don’t know what kind of threat that is to her. Maybe she thinks I’m incredibly talented. Who knows.”

Will they ever be besties again? Doubtful. “Maybe one day we’ll be able to speak again, but if she chooses to not, then I guess that’s the way it has to be,” he said. “People are saying, ‘What’s the problem?’ There is no problem from my side. I don’t have any problems with her.”

For her part, Rachel Zoe and her husband Rodger Berman are apparently sitting back and laughing at Goreski’s claims of innocence.

“Rachel and Rodger are amused by his convenient interpretation of events and have no additional comments,” they said in a statement to The Daily Beast.

Goreski’s book Born to be Brad is set for a February release. Until then, you can catch him on his own reality show It’s a Brad, Brad World on Bravo. Check local listings for dates and times.