A movie of Elton John’s life is in the works — and the legend wants none other than Justin Timberlake to play him! Will it happen? 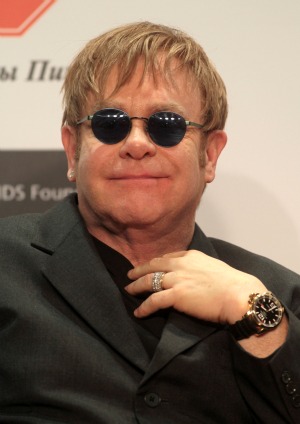 Elton John has had a completely wild and over-the-top life, so obviously we need to see a movie about it. The big question is, who is man enough to fill his fabulous glittery shoes?

No worries. The legend already has someone in mind for the role: Justin Timberlake.

“Number one on my wish list is Justin Timberlake, because he played me before in a David LaChapelle video of ‘Rocket Man’ and was superb,” he told the L.A. Times.

“That would be a jukebox musical in earnest, maybe with a couple of new songs,” he explained. “You never know. Because it’s going to be a surreal look at my life, and not just a factual look at my life, more in the manner of a Moulin Rouge! I just don’t want it to be a normal biopic because my life hasn’t been like that. And it only goes up to when I go into rehab in 1990. It starts with me going into rehab and ends when I come out.”

Speaking of Moulin Rouge!, don’t get excited about this being a Baz Luhrmann production because it ain’t happening.

“We tried to get Baz, but Baz is so busy,” John said. “We can’t announce it yet, but we have got someone on board that we’re very excited about.”

“We’re making an announcement about that very, very soon. We have a director on board, and then it’s just going to be a matter of getting the script exactly the way we want it. Lee Hall has written a script — he wrote Billy Elliot — and then we’ll start trying to cast and plan.”