Is Fergie going to have a baby or what? Despite rumors floating around for years that the singer is ready to breed, she is still decidedly cagey on the subject. 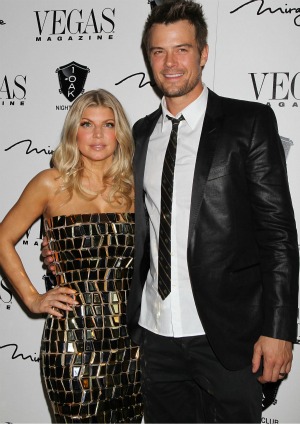 With full recognition that the contents, or lack thereof, of anyone else’s uterus is no one’s business, inquiring minds still want to know: Is Fergie going to have a baby or what?

The Black Eyed Peas singer Fergie has the year off after the pop group decided to spend 2012 maxin’ and relaxin’ — so of course that must mean the star is going to pop out a kid with her hubby Josh Duhamel, right?

“Maybe, who knows?” the 36-year-old told People at the grand opening of 1 OAK at the Mirage in Las Vegas. “We’ll see.”

Her real focus this year is spending time with her husband of three years and doing a whole lot of nothing.

“I want to spend time with my husband, watch football, watch basketball,” she said. “I’m going where the day takes me — having days where I have no schedule. That’s going to be nice and refreshing for me… a definite change.”

Is Fergie leaving The Black Eyed Peas for a baby? >>

“I’m looking forward to being home and not having to sleep in a different city or country every night.”

In November, one of her bandmates said the group’s hiatus was definitely caused by Fergie’s baby lust.

“The Black Eyed Peas taking a little break is something that we respect and we all agreed upon,” Taboo told New Times. “We have to respect Ferg. Ferg is our sister. She definitely wants to have a family, and we’re happy for her.”

“When that time comes — it doesn’t just happen like ‘Oh, I’m pregnant tomorrow.’ It’s gotta be planned out,” he said. “And I think she and Josh deserve it. They’re such a great couple.”

Now might be the perfect time for the pair to start a family. They seem to have weathered the cheating rumors that dogged them in 2009 shortly after their glamorous Malibu wedding.