The Producers Guild of America has a thing for the ladies. They’ve unveiled their 2011 PGA nominees and Bridesmaids, The Help and The Girl with the Dragon Tattoo all earned nods for Best Picture!

The PGA is throwing their hat in the awards ring. They’ve announced their 2012 nominees for the best in film and television, which includes some hits, misses and a few surprises. 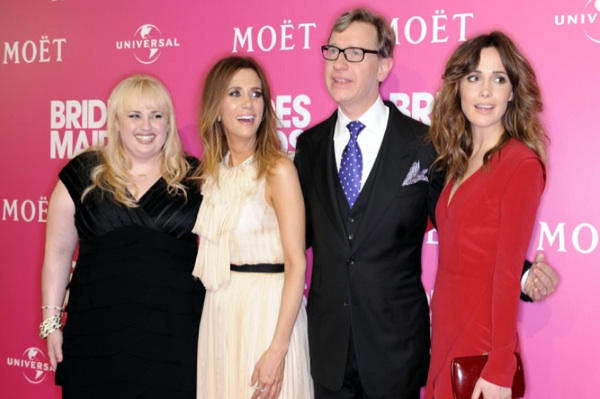 The PGA chose 10 films for their Best Picture category, and it’s a mixed bag. Frontrunners like The Artist and The Descendants are paired with underdogs like The Ides of March and Bridesmaids. There’s also the inclusion of David Fincher‘s The Girl with the Dragon Tattoo, which is in need of some good press. After underperforming at the box office, the film has received harsh criticism due to its style and tone.

According to Entertainment Weekly, the PGA and Academy Awards matched Best Picture nominees nine for 10 in 2011. But this year, they might not be so lucky. The Academy introduced a new voting system, which allows anywhere between five and 10 nominees for the category. Most experts believe only seven or eight movies will make the final cut. That means some of the PGA’s picks will be left out in the cold.