Hot on the heels of her $5 million X Factor win, powerhouse Melanie Amaro has signed a recording contract with L.A. Reid’s Epic Records.

It’s an Epic deal for Melanie Amaro, the Sunshine State powerhouse who crooned her way to victory on the first season of the Fox talent show, The X Factor. 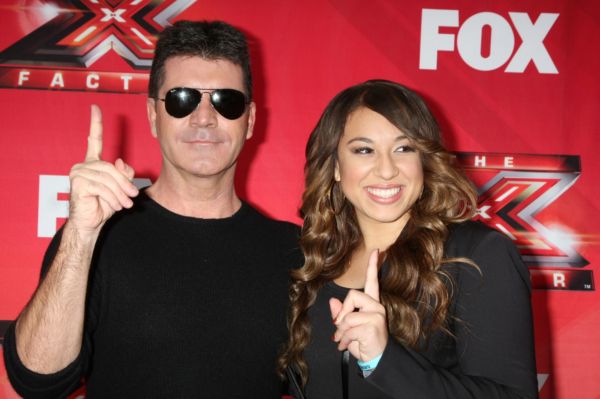 Amaro inked a recording contract with Epic Records this week. Her new home places the 19-year-old beauty under the leadership of label CEO and X Factor judge Antonio “L.A.” Reid.

Reid, whose signees include R&B star Rihanna, is “pleased” to bring Amaro into the fold.

“I joined The X Factor to be able to discover undeniable talent such as Melanie,” Reid commented Tuesday. “I am pleased that she is now signed to Epic Records because I believe we have only scratched the surface on uncovering her talent and her inevitable journey to superstardom.”

Of course, no one is as pleased as Melanie, who overcame a tough childhood with the help of song.

“I am so excited to start recording my debut album for Epic under the guidance of L.A. Reid and Simon Cowell. This is a dream come true for me,” said Amaro, best remembered for her dominating performance of Beyoncé’s 2006 hit, “Listen.”

“We all agreed that Epic would be the right fit for Melanie. L.A. made it clear that he wanted the opportunity to work with her and with his track record, you can’t say no to that,” the show boss said in a statement Tuesday.

She currently resides back home in Sunrise, Florida with her family. It hasn’t taken long for her life to change.

A namesake pizza is just the latest honor.

Amaro showed up unexpectedly at Scuotto’s Pizza and Pasta in Sunrise on New Year’s Eve to check out the new Melanie Amaro Pizza.

“I never thought I’d have a pizza named after me,” Amaro told The South Florida Sun Sentinel. “It’s an honor.”

The cheesy concoction no doubt agreed with Amaro, especially since it includes all her favorite toppings; bacon, pepperoni and mushrooms.

Amaro was recognized by several fellow customers and even posed for a few pictures.

The songbird is next set to star in an upcoming Pepsi commercial.