Here’s the word: Bristol Palin is shopping a new Kardashian-inspired reality docu-soap starring the younger Palin daughter, Willow. But the girls will have to get past Mama Bear Sarah first. Will you tune in? 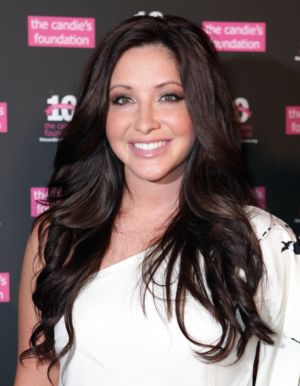 Everyone wants to be a Kardashian!

In May, Bristol — one of Hollywood’s most famous single moms — moved in with Disney Channel star Kyle Massey, her co-star on Season 11 of Dancing with the Stars, as part of a proposed reality soap picked up by the A&E-owned BIO network.

The 20-year-old daughter of Republican “maverick” Sarah Palin packed up her three-year-old son, Tripp, and headed West to embark on life in the City of Angels. Bristol’s buds, Massey and his brother Chris, 21, came along for the ride.

The rumored cancellation has forced Bristol to get creative with her latest small screen venture.

Just don’t expect Sarah to embrace her role as the next Kris Jenner.

“Bristol’s upset because Sarah wants to stay out of negotiations for her show. Sarah isn’t thrilled with Willow being involved. But Bristol believes the show will be more marketable with Willow — that they can be the next Kardashian sisters.”

Ah — precisely what the world needs.

Teen mom: Bristol Palin gets her own reality show >>

A spokesperson for BIO denies that Bristol’s outing with the Masseys is on ice. The show is set to air sometime in the coming months, the network says.

Would you watch a Kardashian-inspired reality soap starring the Palins?