President Barack Obama has more in common with Kim Kardashian than he’d like to believe. 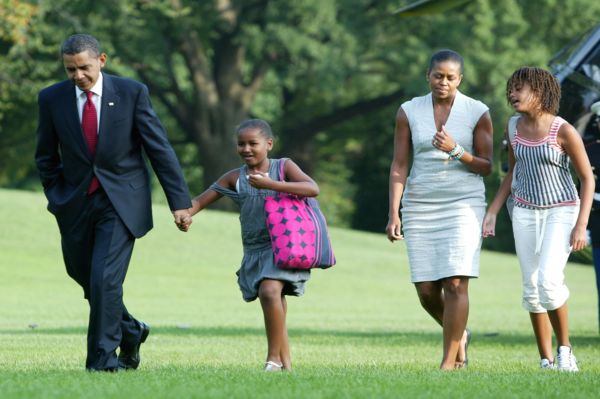 The former Massachusetts governor — a frontrunner for the GOP’s nomination for president — compared the Commander-in-Chief’s 2008 campaign for the White House to the reality socialite’s 72-day marriage to hoops star Kris Humphries during a speech this week.

“I’ve been looking at some video clips on YouTube of President Obama — then candidate Obama — going through Iowa [in 2008] making promises. The gap between his promises and his performance is the largest I’ve seen, well, since the Kardashian wedding and the promise of ’til death do we part,'” Romney, 64, cracked in a New Year’s Day address, just days ahead of the Iowa caucuses.

The president hasn’t commented on the barb, but it’s likely he isn’t thrilled about being used as a punchline alongside Kim K. In October, First Lady Michelle Obama told iVillage that her husband doesn’t allow the First Daughters — 10-year-old Sasha and Malia, 13 — to tune in to the Kardashians’ bevy of E! docu-soaps.

This isn’t the first time a conservative has likened Obama to a celebutante or two. During the ’08 presidential campaign, Obama’s Republican opponent, Arizona senator John McCain, released a controversial ad comparing the then Illinois senator to Paris Hilton and Britney Spears.

“He’s the biggest celebrity in the world, but is he ready to lead?” the 32-second spot implored.

The Obama campaign promptly responded to the ad, saying, “On a day when major news organizations across the country are taking Senator McCain to task for a steady stream of false, negative attacks, his campaign has launched yet another. Or, as some might say, ‘Oops! He did it again.'”