Kick off 2012 right with much-awaited chick flicks about working moms trying to keep it real in tough times, some great thrillers and a critically-acclaimed comedy, too. SheKnows gives you our top five new DVD/Redbox/Blu-ray releases this week. 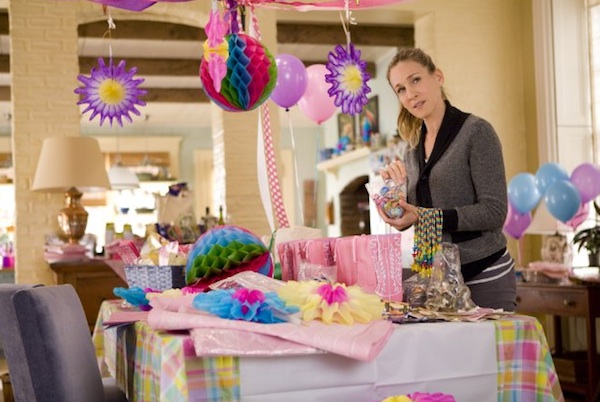 Sarah Jessica Parker plays the mom with too much on her list and not enough time on her hands (haven’t we all been there?) in the film adaptation of the popular book I Don’t Know How She Does It. A great rental for a girlfriends’ night!

Rotten Tomatoes: 17% splat (but what do they know, really…?)

Movie review: SJP is back on the big screen in I Don’t Know How She Does It >>

In this HBO miniseries, Kate Winslet plays the middle class mother of two who struggles to stay afloat as a working woman during the Great Depression — a time when women were expected to stay at home. Winslet, deservingly, won an Emmy for this role. Put it on your list.

You can’t miss this star-studded thriller about the evil spread of germs. Gasp! Get out the Windex, ’cause I’d spray Matt Damon and Jude Law any day. Rent this Steven Soderbergh thriller before you never leave your house again.

Yep, we loved him in Captain America, so we’ve got to see him in this dark, edgy thriller about an unlikely lawyer who has to take on the establishment. Go, Chris Evans, go!

This crime comedy has been critically acclaimed and earned more money than any other indie Irish film in box office dollars. Don Cheadle stars as a black FBI agent in Ireland trying to solve an international drug smuggling ring. Get your funny on!