ABC may have a bomb on their hands. The reviews for their new comedy Work It have hit the net and they’re bad. Really bad. According to critics, Work It is a drag in every way. 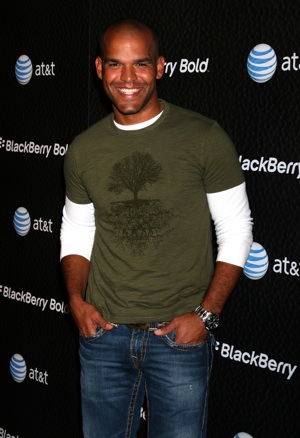 Over the past few years, ABC has revived their comedy line-up with hits like Modern Family, The Middle and most recently Last Man Standing. But their latest venture might not be so lucky.

The show is called Work It and it stars Amaury Nolasco and Ben Koldyke, as two men in need of cash and employment. Koldyke plays Lee, a husband and father, while Nolasco is Angel, a womanizer and mechanic.

Unable to find steady jobs, the duo takes desperate measures to obtain positions at a pharmaceutical company that only hires women.

Before you know it, Lee and Angel sport wigs, makeup and dresses to bring their new “female” identities to life. But not everyone is enamored by their comedy schtick.

In The New York Post’s review, they criticize the character’s magical transition from men to believable women.

They wrote, “Luckily for Lee, his large-man’s frame fits into his wife Connie’s (Beth Lacke) size six dresses and size seven shoes, so he doesn’t even seem to need to buy new clothes. Not only does he look like a giant man that no one would mistake for a woman, he gets large, womanizing Angel — who has no idea how to sell anything — to put on women’s clothes and sell pharmaceuticals, too.”

The NY Post isn’t the only publication to have a problem with Work It’s sensibility. Hitfix also voiced their concerns. They said, “Everyone is blind or a fool and every situation exists only to set up something vaguely resembling a joke. It’s hard to tell whether the show is most contemptuous of men, women or anyone dumb enough to watch it.”

Judging from the early reviews, Work It needs work. But despite critics’ reservations, it’s up to viewers to decide if the show sinks or swims.