Music fans are incensed over Cee Lo Green’s version of the John Lennon classic “Imagine.” What did he do to cause such a controversy? 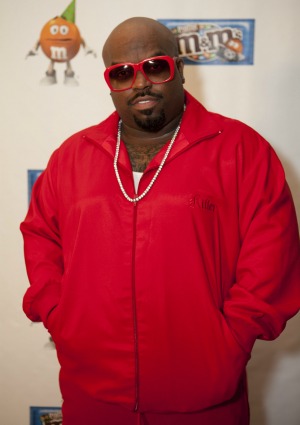 John Lennon’s classic tune “Imagine” is known and beloved by legions, and might be the icon’s most famous non-Beatles hit. It’s perfect as-is — so fans want to know why Cee Lo Green felt the need to change it, and in an incredibly controversial way.

Cee Lo Green was one of the performers during a star-studded celebration in Times Square on New Year’s Eve, but not everyone was a fan of the artistic license he took with Lennon’s song.

Cee Lo storms off the stage at Coachella >>

Cue the fury! Fans took to Twitter to voice their rage over the change, citing the fact that Lennon chose the lyrics very specifically to highlight the fact that religion is the cause of much of the violence in the world.

The singer later tweeted an explanation, writing, “Yo I meant no disrespect by changing the lyric guys! I was trying to say a world were u could believe what u wanted that’s all.”

Comedian Colin Quinn (formerly of Saturday Night Live) made light of the scandal, tweeting, “Cee Lo covered Imagine but at least he ‘cleaned it up a little.’ I did the same thing when I changed NWA to ‘N-word’ WA.”

Fans of the original song also pointed out the incongruity of Cee Lo singing a song about shedding one’s self of greed and possession while he wore a full length fur coat and was dripping with jewels.