Janet Jackson has the dubious distinction of being named as one of PETA’s Celebrity Grinches of 2011. See who else landed on the list. 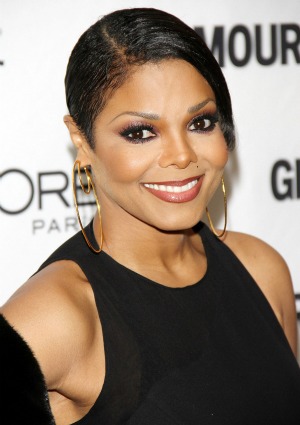 Janet Jackson, Kim Kardashian and Cameron Crowe are all on PETA’s naughty list. The animal rights organization has named the stars on their compilation of Celebrity Grinches 2011.

“When Janet Jackson had her infamous wardrobe malfunction during the Super Bowl, at least the flesh that popped into view was her own — unlike the stolen animal skins that she drapes herself with, which are as dead as her taste in fashion (not to mention her career),” read a statement from the organization. “Ms. Jackson, you’re just plain nasty.”

Jackson was dogged by anti-fur and leather activists during her 2011 world tour.

Kim Kardashian has also been singled out by the group yet again for her fur-loving ways.

“Some have speculated that Kim Kardashian’s wedding to NBA forward Kris Humphries was fake,” wrote PETA. “Too bad the socialite princess doesn’t have the same enthusiasm for faking her fur. Unlike her sweet sister Khloe, who starred in her own PETA anti-fur ad, Kim just can’t seem to divorce herself from fur and say ‘I do’ to a kind and kompassionate wardrobe.”

Kim Kardashian gets under PETA’s skin >>

Also on the list is director Cameron Crow, with whom PETA takes issue for his new Matt Damon flick.

“Filmmaker and former visionary Cameron Crowe went retro in the wrong way for his new flick, We Bought a Zoo, which relied on the performing animal industry — in which the ‘actors’ are routinely neglected and even abused — instead of using state-of-the-art computer imaging. Exploiting live animals to tell a story about saving animals? At least Elizabethtown won’t go down as his worst creative flop,” they wrote.