Russell Brand and Katy Perry have split, confirmed the British comedian today. What went wrong in the short-lived marriage? 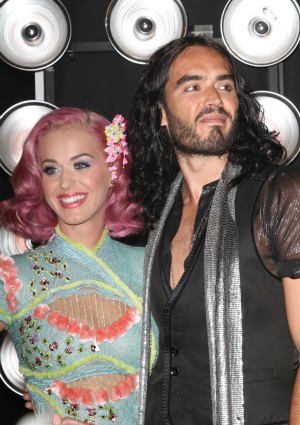 After weeks of rumors, the sad truth has been revealed: Katy Perry and Russell Brand have split after barely over a year of marriage.

The rowdy British comedian confirmed the news that he is divorcing Katy Perry today.

“Sadly, Katy and I are ending our marriage,” Brand confirmed to the Associated Press. “I’ll always adore her and I know we’ll remain friends.”

Neither Perry nor Brand have addressed the split on their Twitter accounts, but both were spotted sans wedding rings after spending Christmas thousands of miles apart: Katy in Hawaii with friends and Russell at home in London.

While the divorce papers will cite the usual “irreconcilable differences,” insiders says that Brand’s constant mockery of Perry’s extremely religious family put a strain on their young marriage, as did their incredibly busy careers that kept them apart more often than they were together.

The move comes just weeks after Brand insisted to Ellen Degeneres that all was well in his marriage, saying, “I’m really happily married… I’m married to Katy. Perpetually, until death do us part was the pledge. I’m still alive.”