Khloe Kardashian desperately wants to dye her hair — but she is legally unable to do it! Read on to find out what is keeping the reality star a brunette. 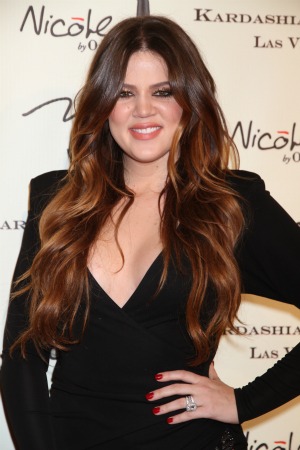 If you think you would love to be famous like the Kardashians, you may want to consider some of the small freedoms you would have to give up — like coloring your hair.

Khloe Kardashian is said to really want to dye her hair blond for a fun change, but her contract with E! legally prevents her from doing so.

“Khloe just wants to simply change her hair color, she has been leaning towards going blonde this time,” a source told RadarOnline. “She has wigs that she owns and when she dons the blonde locks, Lamar loves it. Lamar thinks his wife should be able to have her hair whatever color she wants. Practically every woman in Dallas is blonde, and Khloe just thinks it would be fun for her to do.”

The glitch in the plan, of course, is that contract with E!.

“E! has a very strict contract with the entire family. Before any physical changes are made on any of the family members during times when the shows are shooting, they must be approved by the network. Executives at E! want Khloe to remain a brunette so that it doesn’t date the series when it reruns. The suits want all of the sisters to have a similar look because the girls are branded as sisters, and having one of them showing up on screen with hair a different color throws that off, and they don’t want to alienate viewers,” the source explained.

The Kardashians “don’t give a damn” about Americans >>

Last year Khloe went red for a short while, and recently posted an old photo of herself sporting blond locks on her blog. Frankly, she looked great!