If you don’t want to go out and brave the craziness that is New Year’s Eve, we’ve got you covered. Keep reading to see a list of New Year’s Eve-worthy television that will ring in 2012 right. 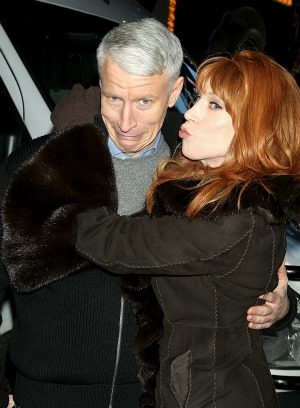 Sometimes it’s best to leave the New Year’s Eve partying to the pros and just stay in with your remote control and watch the ball drop.

Finding the right TV party to celebrate New Year’s Eve with can be just as daunting as finding a real party.

You’re preparing to spend a few hours, or more, with celebrities via the boob tube and no one wants to be bored.

Thanks to SheKnows, we’ve made brining the fun to your TV easy.

So don’t think twice about cuddling up on your couch to watch the ball drop. It’s as good a plan as any!

Just open a bottle of wine, or whatever you drink, grab the clicker and choose one of the shows below…

New Year’s Rockin’ Eve is going to be a full night of celebration and one big milestone. The show is kicking the night off with a tribute to Dick Clark, who has been bringing fans the best New Year’s Eve coverage for the past 40 years.

Join Jenny McCarthy and Fergie as they return to emcee the first part of the night, followed by the always entertaining, Ryan Seacrest, who will be joined by Dick Clark.

If NBC is more your speed, join Carson Daly who will be joined by his buddies from The Voice, Blake Shelton and Cee Lo Green.

There will also be appearances by Jimmy Fallon, Brian Williams and the always shocking, Ricky Gervais.

The festivities begin at 10 p.m. EST.

New Year’s Eve and Fox are going country for the night.

Will Demi Lovato sing a few numbers? Tune in to find out.

Comedian Kathy Griffin and Anderson Cooper will usher out 2011 from Times Square, all while trying to keep a cap on Griffin’s language.

Oh, who are we kidding, that will never happen. That’s why these two are a great pair to spend the night with.

See, you can still have fun on NYE in front of your TV.

What will you be watching on New Year’s Eve?