Remember the guy who tried to blackmail David Letterman, but ended up behind bars instead? He’s back. Wonder what Letterman thinks about his new TV gig at On the Case with Paul Zahn? 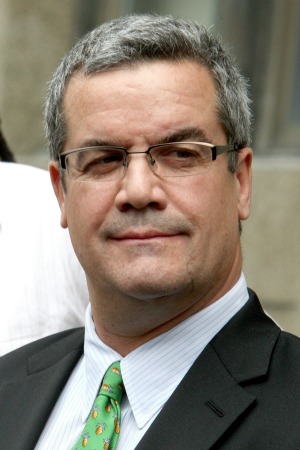 You’d think that after you tried to blackmail a famous late-night personality with his extramarital activity, no one would want to take a chance on you again — guess Robert “Joe” Halderman got lucky.

Halderman went to jail for trying to blackmail David Letterman back in 2009, but now the former 48 Hours producer is joining On the Case with Paula Zahn, which airs on the Investigation Discovery Channel.

Check out more hot TV news for the winter >>

TheWrap has confirmed the news that Halderman’s new job with the investigative series has already started.

According to TheWrap‘s report, a spokesperson at Discovery “noted” Halderman does work for Scott Weinberger’s company, Weinberger Media, but not the network.

Scott Weinberger, along with Scott Sternberg, created On the Case with Paula Zahn.

Weinberger said in a statement, “On behalf of On The Case’s production team, we have been impressed with Joe Halderman’s professional accomplishments as an Emmy award-winning producer for 48 Hours and CBS News.”

He added, “With the network’s prior approval, the team has brought Halderman on as a producer for On The Case. We are confident that Halderman will make significant contributions to the success of our award-winning investigative newsmagazine.”

When Robert “Joe” Halderman tried to blackmail David Letterman back in 2009, the late-night host turned the tables on him.

Rather than let Halderman get away with extortion, Letterman went public with his affair and busted his wannabe blackmailer in the process.

Halderman ended up getting six months in jail back in 2010, but only served four of those months.

We want to hear your thoughts on Robert “Joe” Halderman’s new gig with Paula Zahn.

Can people change in this kind of situation?