Has Beyoncé delivered her long-awaited bub yet? The Twitterverse has erupted with reports that the “Ego” hit-maker and her hubby, hip-hopster Jay-Z, welcomed their first child — a girl named Tiana-May — in New York City Thursday.

Stalk Watch! Has the “Jayonce Baby” arrived just in time for the new year? 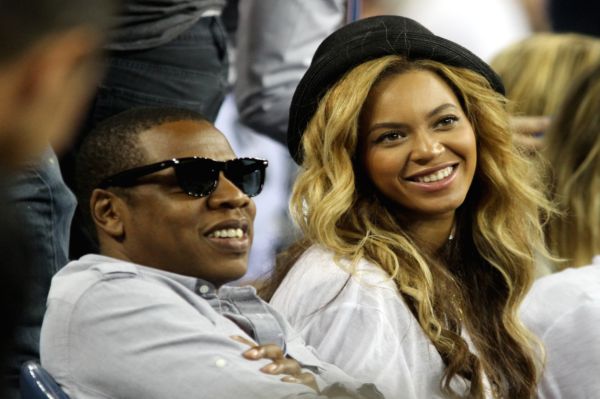 Nothing has been confirmed officially, but the rumor mill is in overdrive with reports on Twitter claiming that hip-hop mogul Jay-Z and his songbird missus Beyoncé welcomed their first child, a daughter named Tiana-May Carter, late Thursday.

Ah — the suspense is killing us!

Hoaxers have been having a field day with the reports, even posting a fake tweet posing as celebrity dish site TMZ.

Beyoncé’s people have not yet responded to the report, but TMZ reacted in an appropriate manner — posting lots of “Did Beyoncé have the baby?” questions on the site’s Twitter feed in the wee hours of Friday morning.

The “Single Ladies” songstress checked into the maternity ward of a Manhattan hospital this week, according to Media Takeout. The tittle tattling gossip site allegedly spoke with two nurses at New York’s Saint Luke’s Roosevelt Hospital, who claimed a “celebrity VIP” recently reserved half of the luxury labor and delivery suite.

Is Beyoncé about to burst? >>

Media Takeout insiders were confident Beyoncé was the big name in question because the swanky suite is the same one Alicia Keys used when she gave birth to son Egypt in 2010.

Celebrity blog Famecrawler, on the other hand, think it’s all a load of tosh because Jay-Z was spotted at a New Jersey Nets basketball game on Monday night, shortly after the labor rumors first emerged.

Beyoncé’s mom Tina and (much less famous) younger sister Solange were spotted in the Big Apple yesterday. The women reportedly flew in to support Beyoncé through her first delivery.

Bey passed the nine-month mark in her pregnancy a few days ago, but declined to reveal her exact due date.

In September, the star was forced to deny rumors she was faking the pregnancy after her stomach was seen “folding” during an Australian TV interview. Mrs. Knowles-Carter rubbished the conspiracy theories, telling ABC newsmagazine 20/20:

“You know there are certain things that are so far, it doesn’t even affect me. I am cool, it is so ridiculous and over the top.”