We’ve loved every minute of fake Emily Thorne’s diabolical plan, but our girl is starting to unravel on Revenge. Wait until you see the gun she’s staring down in the all-new episode, “Duress.”

We love the holiday season just as much as the next jolly elf, but it’s really thrown a wrench in our TV viewing. 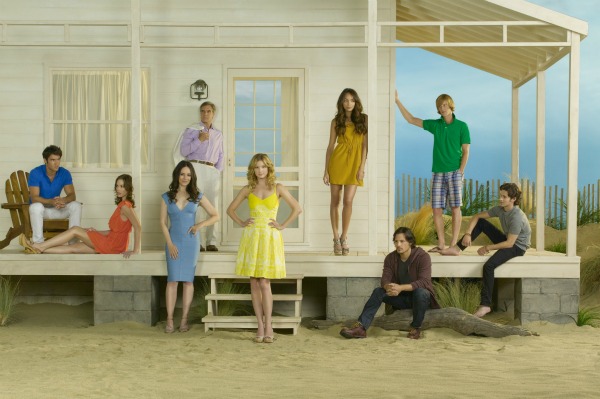 Revenge is returning Wednesday, Jan. 4 with an all-new episode, “Duress,” and someone is definitely going to lose their marbles.

Fake Emily Thorne’s plan was hit from every angle right before Revenge took a short break. Nolan was giving her grief, her combat mentor had walked away and Tyler had gone off the deep end.

Nothing, however, could have prepared her for what we think we see based on the first nine minutes of “Duress.”

The video opens with a gun staring down Emily and a dinner table filled with Graysons.

Christmas might be over, but we’re still in the giving mood — we’ll let you see who’s behind the weapon for yourself. We have the first nine minutes of “Duress” for your viewing pleasure.

Check it out below…

ABC officially describes “Duress” as the following: “An unwelcome and unstable visitor makes a nightmare of Daniel’s intimate birthday celebration with family and friends; Charlotte becomes a pawn in Conrad and Victoria’s bitter divorce battle, and Emily watches her ultimate plan begin to unravel, on Revenge, Wednesday, Jan. 4 (10:00-11:00 p.m., ET), on the ABC Television Network.”

Check out TV that will heat up your winter >>

Will you be getting your Revenge on Wednesday, Jan. 4?

Head over to our comments section and tell us who you think Emily Thorne’s next target is — the fake Emily, that is.