Amazon revealed that more than 1 million Kindle devices flew out the doors each week during the month of December. The year 2011 has been hailed as the best year ever for Amazon’s popular line of eReaders. Find out just how well the Kindle family did this holiday season! 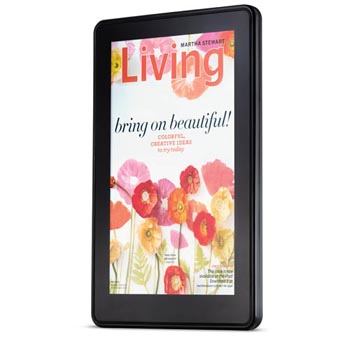 More than 1 million Kindle devices were sold each week in December, including the new and much-sought-after Kindle Fire, which combines eReader capabilities, a touch screen and Wi-Fi internet access all in one device. Amazon said that the Kindle Fire was the best-selling, most wished for and most often gifted item on Amazon.com, beating out millions of other products on the site.

Kindle also sold well internationally, as the devices were the best-selling product on Amazon.co.uk, Amazon.de, Amazon.fr, Amazon.es and Amazon.it.

Kindle books did well, too

Kindle book sales were also up during the 2011 holiday season. Amazon saw their sales figures up 175 percent during this year’s holiday shopping season (Black Friday to Christmas Day) when compared to the same time period in 2010.

“We are grateful to our customers worldwide for making this the best holiday ever for Kindle,” said Jeff Bezos, Amazon.com founder and CEO. “And in a huge milestone for independent publishing, we’d also like to congratulate Darcie Chan, the author of The Mill River Recluse, and Chris Culver, the author of The Abbey, for writing two of the best-selling Kindle books of the year.”

Hottest eReaders on the market
Hot eBooks and short stories for .99 or free
e-Readers: The books of tomorrow