We can all agree that 2011 was a fabulous year for books. So it was undoubtedly a hard decision for your book club to agree on which books to read. The Book Movement asked its 32,000 book clubs for their ratings and recommendations and put together a list of the top 10 books picked by clubs last year. Read on for the list, and let us know if your book club read any of these picks. 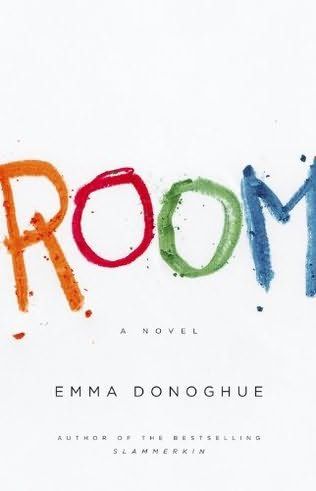 To 5-year-old Jack, Room is the world… It’s where he was born, it’s where he and his Ma eat, sleep, play and learn. At night, his Ma shuts him safely in the wardrobe, where he is meant to be asleep when Old Nick visits.

Room is home to Jack, but to Ma it’s the prison where she has been held for seven years. Through her fierce love for her son, she has created a life for him in this 11 x 11-foot space. But with Jack’s curiosity building alongside her own desperation, she knows that Room cannot contain either much longer.

Room is a tale that’s shocking, riveting and exhilarating in one — a story of unconquerable love in harrowing circumstances, and of the diamond-hard bond between a mother and her child.

2. The Immortal Life of Henrietta Lacks, by Rebecca Skloot 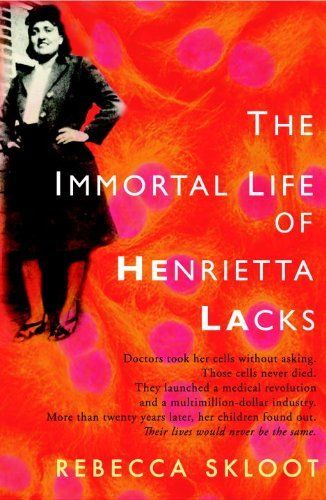 Her name was Henrietta Lacks, but scientists know her as HeLa. She was a poor Southern tobacco farmer who worked the same land as her slave ancestors, yet her cells — taken without her knowledge — became one of the most important tools in medicine. The first “immortal” human cells grown in culture, they are still alive today, though she has been dead for more than 60 years. If you could pile all HeLa cells ever grown onto a scale, they’d weigh more than 50 million metric tons — as much as 100 Empire State Buildings. HeLa cells were vital for developing the polio vaccine. They uncovered secrets of cancer, viruses and the atom bomb’s effects; helped lead to important advances like in vitro fertilization, cloning and gene mapping; and have been bought and sold by the billions.

Now Rebecca Skloot takes us on an extraordinary journey, from the “colored” ward of Johns Hopkins Hospital in the 1950s to stark white laboratories with freezers full of HeLa cells; from Henrietta’s small, dying hometown of Clover, Virginia — a land of wooden slave quarters, faith healings and voodoo — to east Baltimore today, where her children and grandchildren live and struggle with the legacy of her cells. 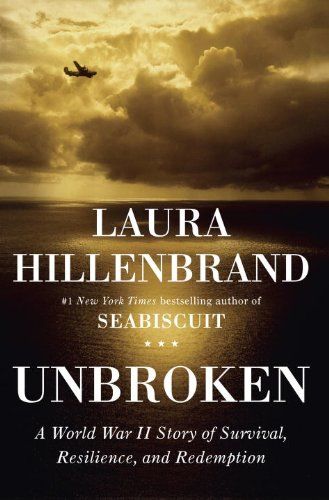 On a May afternoon in 1943, an Army Air Force bomber crashed into the Pacific Ocean and disappeared, leaving only a spray of debris and a slick of oil, gasoline and blood. Then, on the ocean surface, a face appeared. It was that of a young lieutenant, the plane’s bombardier, who was struggling to a life raft and pulling himself aboard. So began one of the most extraordinary odysseys of the second World War.

The lieutenant’s name was Louis Zamperini. In boyhood, he’d been a cunning and incorrigible delinquent, breaking into houses, brawling and fleeing his home to ride the rails. As a teenager, he had channeled his defiance into running, discovering a prodigious talent that had carried him to the Berlin Olympics and within sight of the four-minute mile. But when war had come, the athlete had become an airman, embarking on a journey that led to his doomed flight, a tiny raft and a drift into the unknown.

Ahead of Zamperini lay thousands of miles of open ocean, leaping sharks, a foundering raft, thirst and starvation, enemy aircraft — and beyond, a trial even greater. Driven to the limits of endurance, Zamperini would answer desperation with ingenuity; suffering with hope, resolve and humor and brutality with rebellion. His fate, whether triumph or tragedy, would be suspended on the fraying wire of his will.

In her long-awaited new book, Laura Hillenbrand writes with the same rich and vivid narrative voice she displayed in Seabiscuit. Telling an unforgettable story of a man’s journey into extremity, Unbroken is a testament to the resilience of the human mind, body and spirit.

4. Hotel on the Corner of Bitter and Sweet, by Jamie Ford 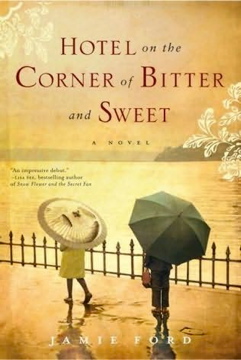 In the opening pages of Jamie Ford’s stunning debut novel, Hotel on the Corner of Bitter and Sweet, Henry Lee comes upon a crowd gathered outside the Panama Hotel, once the gateway to Seattle’s Japantown. It has been boarded up for decades, but now the new owner has made an incredible discovery — the belongings of Japanese families left when they were rounded up and sent to internment camps during World War II. As Henry looks on, the owner opens a Japanese parasol.

This simple act takes old Henry Lee back to the 1940s, at the height of the war, when young Henry’s world is a jumble of confusion and excitement, and to his father, who is obsessed both with the war in China and having Henry grow up American. While ‘scholarshipping’ at the exclusive Rainier Elementary, where the white kids ignore him, Henry meets Keiko Okabe, a young Japanese American student. Amid the chaos of blackouts, curfews and FBI raids, Henry and Keiko forge a bond of friendship — and innocent love — that transcends the long-standing prejudices of their Old World ancestors. And after Keiko and her family are swept up in the evacuations to the internment camps, she and Henry are left only with the hope that the war will end, and that their promise to each other will be kept.

40 years later, Henry Lee is certain the parasol belonged to Keiko. In the hotel’s dark dusty basement, he begins looking for signs of the Okabe family’s belongings and for a long-lost object whose value he cannot begin to measure. Now a widower, Henry is still trying to find his voice — words that might explain the actions of his nationalistic father, words that might bridge the gap between him and his modern, Chinese American son and words that might help him confront the choices he made many years ago.

Set during one of the most conflicted and volatile times in American history, Hotel on the Corner of Bitter and Sweet is an extraordinary story of commitment and enduring hope. In Henry and Keiko, Jamie Ford has created an unforgettable duo whose story teaches us the power of forgiveness and the human heart. 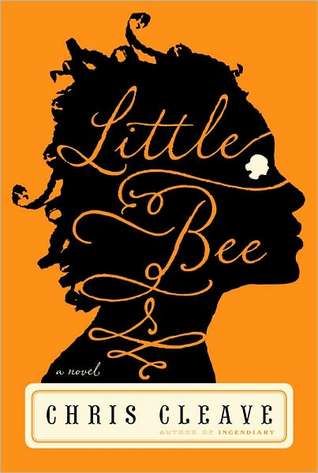 We don’t want to tell you too much about this book. It is a truly special story and we don’t want to spoil it. Nevertheless, you need to know something, so we will just say this — it is extremely funny, but the African beach scene is horrific.

The story starts there, but the book doesn’t. And it’s what happens afterward that is most important. Once you have read it, you’ll want to tell everyone about it. When you do, please don’t tell them what happens either. The magic is in how it unfolds.

You are about to travel to Edgecombe St. Mary, a small village in the English countryside filled with rolling hills, thatched cottages and a cast of characters both hilariously original and as familiar as the members of your own family. Among them is Major Ernest Pettigrew (retired), the unlikely hero of Helen Simonson’s wondrous debut. Wry, courtly, opinionated and completely endearing, Major Pettigrew is one of the most indelible characters in contemporary fiction, and from the very first page of this remarkable novel, he will steal your heart.

The major leads a quiet life valuing the proper things that Englishmen have lived by for generations — honor, duty, decorum and a properly brewed cup of tea. But then his brother’s death sparks an unexpected friendship with Mrs. Jasmina Ali, the Pakistani shopkeeper from the village. Drawn together by their shared love of literature and the loss of their respective spouses, the major and Mrs. Ali soon find their friendship blossoming into something more. But village society insists on embracing him as the quintessential local and her as the permanent foreigner. Can their relationship survive the risks one takes when pursuing happiness in the face of culture and tradition?

7. Cutting for Stone, by Abraham Verghese 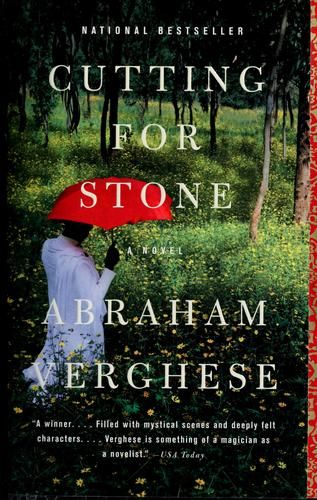 Marion and Shiva Stone are twin brothers born of a secret union between a beautiful Indian nun and a brash British surgeon. Orphaned by their mother’s death and their father’s disappearance, bound together by a preternatural connection and a shared fascination with medicine, the twins come of age as Ethiopia hovers on the brink of revolution.

Moving from Addis Ababa to New York City and back again, Cutting for Stone is an unforgettable story of love and betrayal, medicine and ordinary miracles — and two brothers whose fates are forever intertwined.

8. Water for Elephants, by Sara Gruen

As a young man, Jacob Jankowski was tossed by fate onto a rickety train that was home to the Benzini Brothers’ Most Spectacular Show on Earth. It was the early part of the Great Depression, and for Jacob, now 90, the circus world he remembers was both his salvation and a living hell. A veterinary student just shy of a degree, he was put in charge of caring for the circus menagerie. It was there that he met Marlena, the beautiful equestrian star married to August, the charismatic but twisted animal trainer. And he met Rosie, an untrainable elephant who was the great gray hope for this third-rate traveling show. The bond that grew among this unlikely trio was one of love and trust, and, ultimately, it was their only hope for survival.

9. The Paris Wife, by Paula McLain

A deeply evocative story of ambition and betrayal, The Paris Wife captures a remarkable period of time and a love affair between two unforgettable people: Ernest Hemingway and his wife Hadley.

Chicago, 1920 — Hadley Richardson is a quiet 28-year-old who has all but given up on love and happiness — until she meets Ernest Hemingway and her life changes forever. Following a whirlwind courtship and wedding, the pair set sail for Paris, where they become the golden couple in a lively and volatile group — the fabled “Lost Generation” that includes Gertrude Stein, Ezra Pound and F. Scott and Zelda Fitzgerald.

Though deeply in love, the Hemingways are ill-prepared for the hard-drinking and fast-living life of Jazz Age Paris, which hardly values traditional notions of family and monogamy. Surrounded by beautiful women and competing egos, Ernest struggles to find the voice that will earn him a place in history, pouring all the richness and intensity of his life with Hadley and their circle of friends into the novel that will become The Sun Also Rises. Hadley, meanwhile, strives to hold on to her sense of self as the demands of life with Ernest grow costly and her roles as wife, friend and muse become more challenging. Despite their extraordinary bond, they eventually find themselves facing the ultimate crisis of their marriage — a deception that will lead to the unraveling of everything they’ve fought so hard for.

A heartbreaking portrayal of love and torn loyalty, The Paris Wife is all the more poignant because we know that, in the end, Hemingway wrote that he would rather have died than fallen in love with anyone but Hadley.

10. The Help, by Kathryn Stockett

Aibileen is a black maid in 1962 Jackson, Mississippi, who’s always taken orders quietly, but lately she’s unable to hold her bitterness back. Her friend Minny has never held her tongue but now must somehow keep secrets about her employer that leave her speechless. White socialite Skeeter just graduated college. She’s full of ambition, but without a husband, she’s considered a failure. Together, these seemingly different women join together to write a tell-all book about work as a black maid in the South that could forever alter their destinies and the life of a small town…