SheKnows spoke with The Real Housewives of Beverly Hills star Taylor Armstrong about her New Year’s Eve plans, the tragic death of her husband, season two of the Bravo hit reality TV series and her upcoming book. 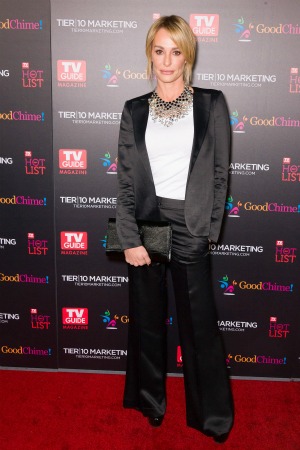 The countdown to 2012 is almost here and Ciroc Ultra Premium Vodka has partnered with Bravo to create a special Housewives celebration across the country.

Interested fans entered the sweepstakes to win the chance to party with one of The Real Housewives from Bravo’s hit reality TV series franchises. Taylor Armstrong will be ringing in the New Year in Chicago while Kim Zolciak will be in New York, Kandi Burruss will be in Miami, Alexis Bellino will be in Los Angeles and Gretchen Rossi will be in Houston, Texas.

SheKnows spoke with Armstrong about her New Year’s Eve plans, the tragic death of her husband, The Real Housewives of Beverly Hills and her upcoming book.

Season two of The Real Housewives of Beverly Hills is currently airing and has been filled with drama. Fans have also watched Armstrong struggle with many personal issues, including her allegations that she was abused by her late husband Russell Armstrong, his suicide and the rift the accusations caused amongst the other housewives. Now, with the New Year about to begin Armstrong says she and her daughter, Kennedy, have a positive outlook on life.

“It’s such a new beginning for me in so many ways, and for Kennedy too, that I’m just so focused right now on getting healthy and growing stronger and making sure she does the same… Just looking forward to the New Year and all that that brings.”

Armstrong says she is excited to be celebrating New Year’s Eve in Chicago, “We’re going to be hosting a fun party at Enclave and I’m really looking forward it! It’s a great time of year for new beginnings for everyone and this is a great place to kick it off with Ciroc Vodka.”

This will be the fourth year the “Ciroc Safe Rides” program will be in place. The initiative provides consumers with access to free and secure transportation from their New Year’s Eve parties. Also, on Dec. 31, designated Ciroc brand ambassadors will distribute thousands of “Safe Rides” cards in major cities to adult consumers valued at $15. Armstrong believes the program is a great idea.

“To help people get home safely on New Year’s Eve after they go out and have some fun — so it’s going to cover transportation, whether its taxis or private cars — but it’s just a really nice contribution that they have to help people celebrate responsibly.”

While The Real Housewives of Beverly Hills star is elated to celebrate in Chicago, she admits she might have to alter her holiday ensemble. “In L.A. we wear our New Year’s Eve dresses and they’re typically a shorter dress, so I think I’m going to have to put my ski pants over it for the weather in Chicago!”

She also has a new book due out Feb. 7 which she hopes will help others who have been abused. “Looking forward and trying to heal and just be healthy and grow stronger it’s really a part of that process, not [just] for me but for lots of other women and children, and I hope that it’s going to make a difference.”

The book is comprised of her journal entries, “I started journaling in conjunction with my therapy, so the book was in process, I guess, without me realizing for quite some time now, and those journals and those stories have been turned into a manuscript.”

Armstrong says she looks forward to the journey ahead for her and her daughter, “Although I still have a lot more growing to do, I feel that my daughter and I are on a really good path.”