Three years later, Chris Brown hopes a return to the 2012 Grammys will boost his image after his shockingly violent outburst against now ex-girlfriend Rihanna in 2009.

Chris Brown wants to perform at the 2012 Grammys scheduled for this upcoming February. If a live appearance does happen, it would mark the hip-hop star’s return to the coveted stage since his heavily publicized canceled appearance at the 2009 Grammys. 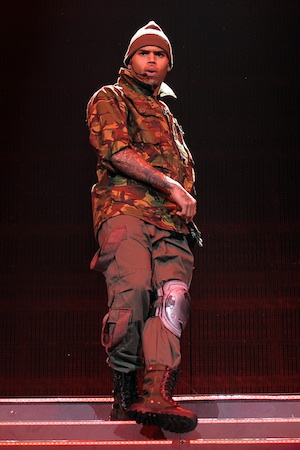 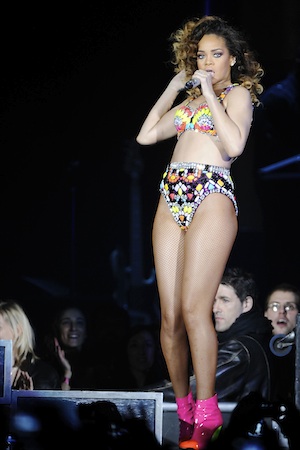 An insider spoke to Radar Online and made it clear Brown plans on attending the awards show even if he does not perform in order to demonstrate to his fans his increased level of maturity.

“Chris absolutely plans on attending the Grammys and is in talks with producers of the show to possibly perform. Chris performed at the MTV Music Video Awards several months ago, and his performance was simply over the top as he was flying through the air like an acrobat. Chris’ performance stole the show, and he would love to do something at the Grammys to top his VMA performance.”

The source continued, “Chris has grown tremendously as a person, and as an artist from that time in his life. Chris has complied with all arms of his probation and has completed most of his court ordered community service. He has been a model probationer, but more importantly, Chris accepted responsibility for what he did.”

Brown canceled his appearance at the 2009 Grammys due to a serious domestic dispute with then-girlfriend Rihanna the day before the event. He was arrested back on Feb. 8, 2010 outside of his rented Lamborghini and was later convicted of felony assault. Brown was sentenced to five years probation, domestic violence counseling and community service in August 2009.

It is understandable that Brown would like to attend and perform at the 2012 Grammys given his three nominations. Chris is a contender for Best Rap Performance and Best Rap Song for his hit song, “Look At Me Now” and his album F.A.M.E. is up for Best R & B Album.

No word yet on how Rihanna feels about her former boyfriend and abuser possibly showing up at the same event. She recently gave an interview to Glamour magazine and expressed sorrow and regret over her relationship with Brown, “I’m afraid I’ll have to live with the gossip between me and Chris throughout my while life.”