The Beckhams aren’t the only chat-worthy celebrities reportedly putting Tinseltown in the rear view in 2012. Rapper-turned-fashionisto Kanye West is reportedly uprooting and heading to London, where he’ll live as he continues building his newly-minted clothing line. 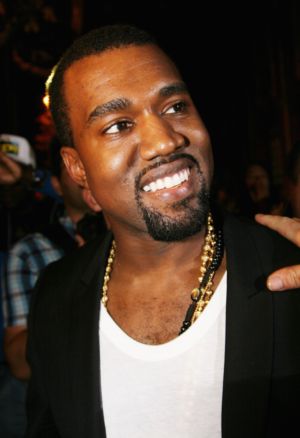 Someone better alert Parliament: The walking, talking ego, known in some circles as rapper Kanye West, is reportedly headed for the shores of the UK.

London, to be exact.

The new year will purportedly take the Watch the Throne star to the British capital, where he hopes to focus more on his new passion: His work as a fashion designer.

Ye — who has been studying fashion at Central Saint Martins College in London — wants to be based in the UK while he continues to build his DW Kanye West clothing imprint.

The label, named in honor of the emcee’s late mother Donda West, premiered to mixed reviews at Paris Fashion Week in October. A bevy of celebrities — including singer Ciara, designers Joseph Altuzarra, Alexander Wang, and Olivier Theyskens, actress Lindsay Lohan and fellow celebrity designers Mary-Kate and Ashley Olsen — turned out for West’s show, which was hands-down the premier event on the Paris Fashion Week Spring-Summer 2012 calendar.

“I had a lot of ideas about colors and shapes I wanted to express… I’m really happy where I ended up,” Kanye nervously remarked as he spoke to reporters after the presentation.

The rapper, 34, flew back to the States for Christmas, but he can’t stop gushing to staffers about how much he loves England, squeals told The Sun.

Kanye West compares himself to Hitler >>

“He’s close to the lecturers and students at the Central Saint Martins College and being in London means he can stop by for advice any time. He’ll be over here preparing his Paris Fashion Week show, due in March. He’s also been looking for a studio.”

Think there’s a chance Kanye might take the Kardashians overseas with him?