It’s a recipe for disaster, but will probably taste so delicious! Get ready for Rachael vs. Guy Celebrity Cook-Off. 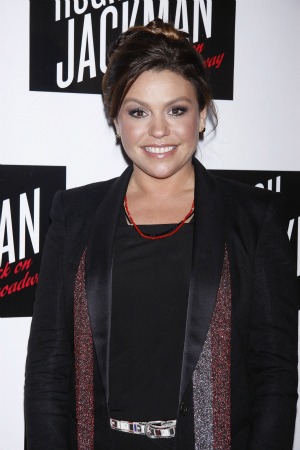 Take eight celebrity amateur chefs, two sizzling hosts and one big cook-off — put it all on the Food Network and simmer.

Ladies and gentlemen, prepare to feast on Rachael vs. Guy Celebrity Cook-Off.

Rachael Ray and Guy Fieri are mixing it up with eight celebrity chefs who are looking to cook their way to glory on the Food Network beginning Sunday, Jan. 1.

Pics from a returning show: Castle >>

A bunch of so-so famous wannabe chefs? See, we told you it could be a disaster, but also delicious.

Rachael Ray, who says the show is a “mash-up” of programming like “Top Chef and Dancing with the Stars,” revealed in a report from the NY Daily News, “It takes your breath away. This thing is really intense. I’ve never played a game as intense as this one.”

The famous foodie added, “It was legit and all of the challenges were horribly excruciating. Guy and I would say to each other, ‘Oh, I would never do that.’ Their food was really good. Their food was so good and we were knocked out.”

Check out TV that will heat up your winter >>

We’re not sure what Coolio would whip up in the kitchen, but word on the food circuit is that his grandmother was a big influence on his cooking.

Don’t look for Rachael vs. Guy Celebrity Cook-Off to be manufactured. Rachael Ray said, “A lot of people complain that reality shows are overproduced and fake. This was all legit and really, really hard.”

We want to hear from you. Will you be spending your Sunday nights cooking with a celebrity? (Well, at least from a TV standpoint anyway.)