It’s hard to believe Leonardo DiCaprio could top ex-flames Bar Refaeli and Gisele Bündchen, but he’s getting pretty close with his latest girlfriend, Erin Heatherton. After a recent summer fling with Blake Lively, the actor seemed to be single for the holidays, until he discovered another model worth dating. 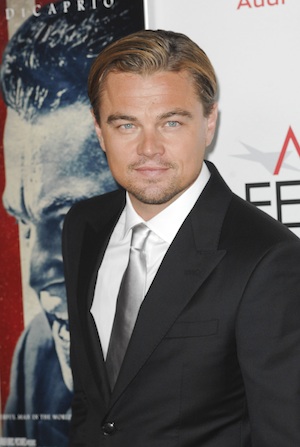 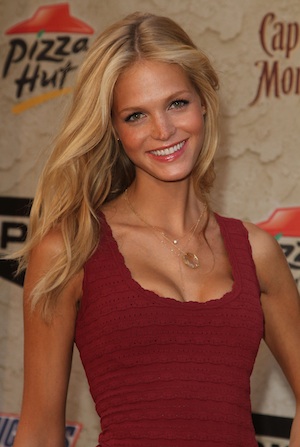 The 37-year-old movie star from California is certainly into models and uses his A-list status to nab these amazingly gorgeous girls. The New York Post reports DiCaprio was spotted earlier with another Victoria’s Secret model, 19-year-old Karlie Kloss, but was too amazed by Angel Erin Heatherton (pictured above). DiCaprio flew Heatherton out to Sydney, Australia for some additional one-on-one time. According to Melbourne, Australia’s Herald Sun, the model was spotted buying $1,700 worth of lingerie for her new man. It must have worked, because now the pair is getting cozy in DiCaprio’s native Los Angeles. 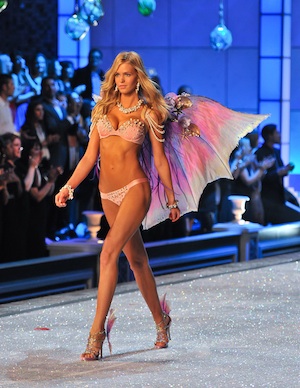 So, just who is Erin Heatherton?

According to her Victoria’s Secret biography, she’s an American model from a city just outside Chicago, Illinois. Born 1989, this 5-feet-11-inch stunner is only 22-years-old and is 15 years younger than DiCaprio. Currently a Victoria’s Secret angel, Heatherton walked for Diane von Furstenberg and Oscar de la Renta before beginning her career with the popular VS brand. Oh, and Heatherton prefers boxers to briefs on her men, loves vacationing in St. Bart’s, and enjoys traveling — take note DiCaprio.

We’re not sure of the staying power of this hot new couple, but it’s certainly clear Erin Heatherton is one of many beautiful girls to hook up with Leonardo DiCaprio. Since ex-girlfriend Blake Lively is getting serious with beau Ryan Reynolds, Gisele married NFL star Tom Brady in 2009 and Bar found love with a male model, maybe Leo is searching for his next long-term commitment.

Head on over to Celebuzz! to see pictures of Leonardo DiCaprio and Erin Heatherton looking like quite the happy couple in Los Angeles last week.