The family of singer Jewel is headed to reality television in Alaska: The Last Frontier! 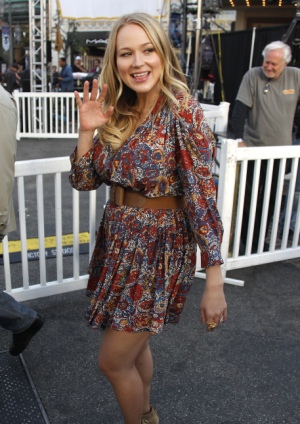 Reality television is headed up north to pay a visit to the extended family of singer Jewel. Her father, along with a handful of other relatives, will appear on the Discovery Channel’s Alaska: The Last Frontier beginning Thursday.

Atz Kilcher, father of Jewel (birth name Jewel Kilcher) and grandfather of her son Kase Townes, will be the focus of the new reality show. Viewers will witness Kilcher preparing the family’s fourth-generation 600-acre homestead, located in the town of Homer, for winter.

Though she was born in Utah, Jewel spent the majority of her childhood in Homer, Alaska, a fishing community located about 125 miles southwest of Anchorage.

The 37-year-old singer’s grandfather, Yule Kilcher, had settled in the town after emigrating from Switzerland. After arriving in Alaska, the Kilcher patriarch went on to become a delegate to the Alaska State Constitutional Convention and a state senator.

Jewel’s childhood home in Alaska did not have indoor plumbing. At times she and her father Atz would earn a living by singing in bars and taverns. Today the “Who Will Save Your Soul” singer credits this firsthand experience for her unique yodeling background.

A description of Alaska: The Last Frontier boasts of the people:

These men and women of the wild live off the land, spending the limited months of summer and fall gardening, hunting and fishing for food, gathering supplies from the land and preparing their animals’ safety in preparation for surviving the harsh Alaskan winters. Most live completely off the grid, with no running water and no electricity — and are proud of it.

Will you be tuning in to watch Jewel’s family in the Alaska wilderness?