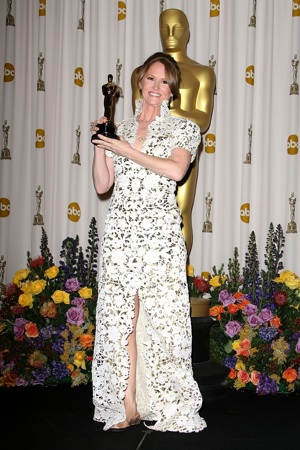 It’s the most wonderful time of the year — Oscar season. On Tuesday, the ballots for the 84th Academy Awards were officially mailed out. The fate of the Best Picture, Best Actor and Best Director is now in the hands of 5,783 voters.

Next year will mark a drastic change in Oscar voting — specifically for Best Picture. They have a new system, which allows anywhere between five and 10 films to be nominated. That means there could be six, eight, or even nine Best Picture nominees. The category is up in the air.

Judging from the early buzz, nods could go to The Artist, The Help and The Descendants. Other likely contenders include Hugo, War Horse and The Tree of Life. But overall, it doesn’t seem as if every slot will be filled.

As for the rest of the categories, it’s anyone’s game. When it comes to Best Actor George Clooney, Brad Pitt and Michael Fassbender are likely candidates, while Viola Davis, Meryl Streep and Glenn Close could duke it out for Best Actress.

There are a lot of great performances to choose from and the competition is fierce!

Academy voters will have until Jan. 13 to finalize and submit their picks for each category. The meticulous members of PricewaterhouseCoopers will tally the votes, and the final nominees will be announced to the public on Jan. 24.

The big winners will be revealed on Feb 26. when the Academy Awards air live from Hollywood at California’s Kodak Theater. The 2012 ceremony will be hosted by Billy Crystal, who previously emceed the event in 2004.